Zodiac Death Valley (ZDV) released their debut self-titled album back in 2011.  When we got it here in our offices we instantly loved it.  Yeah, we admittedly have a soft spot for San Francisco bands that know how to rock and have a good time, but the album instantly came off as a well thought-out debut release that harkened back to the sounds of early Black Rebel Motorcycle Club albums with a heavy influence from the likes of The Doors.  Lofty comparisons, but the album delivered on that type of early excitement for the band.  ZDV has laid low for most of 2012, playing a scattering of shows in Los Angeles and San Francisco, but there are big things in the works for 2013.  Your chance to see Zodiac Death Valley in a small music room like O’Brien’s might not be around for too much longer.  We caught up with the frontman of ZDV, Nic Abodeely, before Saturday’s show to peer into the world of Zodiac Death Valley.

Nic Abodeely (ZDV): 2013 for us has been full of surprises and a rebirth of sorts. We have gone through a couple of lineups changes, recorded an album, played some great shows, wrote new songs lost our minds etc. Also been writing for the next album and this one isn’t even out yet! So we are being productive and playing the waiting game patient people like us love to do.

Rabbits Black (RB): We heard that you were working in the studio with Joe Cardamone from The Icarus Line.  How did that partnership come about?

Nic Abodeely (ZDV): The Icarus Line and ZDV did two nights at Cafe Du Nord to celebrate the release of our last albums and we just sort of kept in touch.  I think our label and their manager booked the shows initially. We saw that Joe had been recording and producing out of his studio in Burbank so we went and hung out for a day with him and decided yeah this is the spot.

Rabbits Black (RB): When can we expect the follow up to your debut release?

Nic Abodeely (ZDV): The full record will hopefully be done in September with a single release in early August. But you know how that goes.

Rabbits Black (RB): Was there a specific direction you took the new album compared to the last?

Nic Abodeely (ZDV): No specific direction was taken in the writing, our songs seem to just appear and we take what we like. The sound in the production though is going to be bigger and fuller. That’s all Im at liberty to say, you guys will have to listen and tell me what you think is the difference.

Rabbits Black (RB): Is there a difference between playing LA and SF shows?  Is it a different kind of ZDV fan that comes out?

Rabbits Black (RB): O’Brien’s is a small music room, but you guys have played big venues like the Great American Music Hall in SF.  Which do you guys prefer?  Is it a totally different feel playing to an intimate crowd compared to a larger venue?

Nic Abodeely (ZDV): Yes it is different because the acoustics change, but that’s all. I’m sure you know or have heard its about the energy of the crowd, and even the bands you are sharing the bill with. So its not the size of the venue but the motion of the um uh…

Rabbits Black (RB): What should we look out for on Saturday?  New tracks?  Anything else?

Nic Abodeely (ZDV): Saturday will be all new songs except one from the first album. So you’ll have an idea of what’s to come later this summer.

Zodiac Death Valley plays this Saturday at O’Brien’s on Main St. in Santa Monica at 10 PM.  To reserve your spot in the intimate music room at O’Brien’s RSVP at the Facebook invite here. 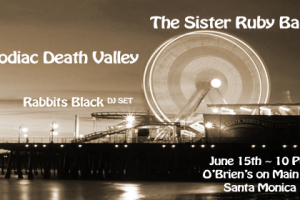 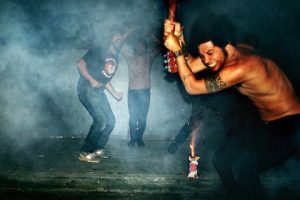 San Francisco’s very own Zodiac Death Valley has a local[...] 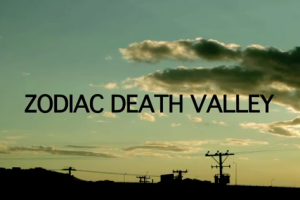 Watch Zodiac Death Valley in the live video for “Crystals”

Zodiac Death Valley is one of our favorite local bands[...]