If you didn’t know any better, you might have gotten Los Angeles confused with Las Vegas this upcoming weekend.  There’s a heat wave coming which will push temperatures into the 90s starting tomorrow, and starting Friday you won’t be able to escape the onslaught of top Electronic Dance Music talent invading town.  Yes, it’s going to feel a lot like Vegas around these parts for 72 hours.  So if dance music is your thing, put the sun block on during the day and get ready for three nights that are going to make your Monday so brutal, yet so sweet.  AVICII, Pretty Lights, DJ Shadow, Andy Moor and Gabriel & Dresden are all in town- here’s where to get tickets.

AVICII kicks things off with a three night residency at the Santa Monica Civic.  Yes, West LA is the hot new music scene in town, and three sold out nights from the Swedish superstar make that quite clear.  There’s still a few tickets left for Sunday, but Friday and Saturday are going to be tough.  Get your tickets to see AVICII on Sunday here, or get to the venue early on the other days and try to grab some extras from fans. 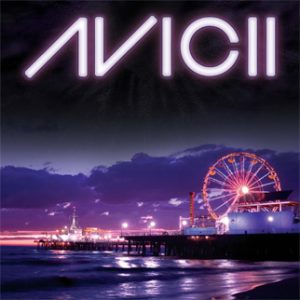 AVICII is coming to Santa Monica, not Hollywood, for three sold-out shows.

Exchange LA has made a name for itself in the Los Angeles club and dance music scene this summer with two exclusive Insomniac Events nights- Awakening on Fridays and the newly launched Inception party on Saturdays.  We’ve been covering the Awakening events all summer, including the launch party back in June.  Awakening’s best show yet happens this Friday when the San Francisco boys Gabriel & Dresden take the decks followed by a late night set from Andy Moor.  Exchange LA deserves some love here, as they have been raising the bar on their Awakening events each week.  Tickets available below. 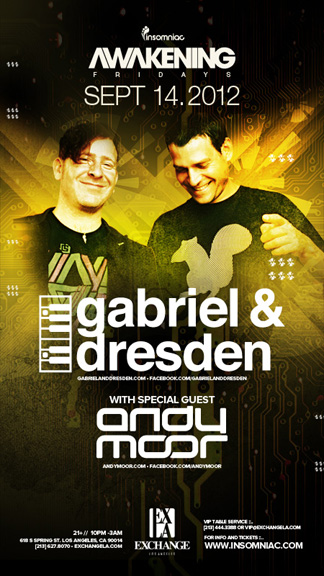 The best Awakening event yet at Exchange LA.

Pretty Lights, the American producer and DJ, has made a name for himself with genre changing mash-ups and production bits.  He’ll be playing Saturday at the Shrine Auditorium which has been a traditionally EDM friendly site.  Tickets are still available.

So that’s your weekend of EDM overload here in Los Angeles.  Our suggestion, make sure you don’t miss Awakening with Gabriel & Dresden on Friday and top-off the weekend with AVICII on Sunday.  Drink water!  It’s going to be hot.