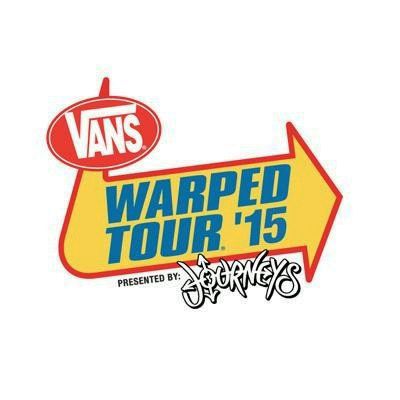 Warped Tour dates back to 1995 and continues its legacy each year bringing in a new set of bands and their dedicated fans. Each band plays approximately 30 minutes for their set on a variety of stages. The Pomona Fairplex venue allowed for the stages to be within good walking distance for the fans, but separated just enough so that one performance would not disrupt another. 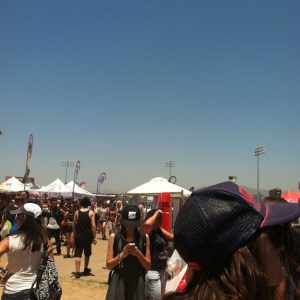 When attending Warped Tour, you want to make sure that you come prepared. The venue was filled with many So Cal natives, but not all were able to adapt to the 90 degree weather. Unless you are willing to fork up some change for a few drinks, come prepared with a few bottles of ice cold water and stay hydrated throughout the day. Warped may begin at 11:00am and end at 9:00pm, but there are numerous factors that contributed to a longer waiting period at Pomona Fairplex in particular. It was a chaotic opening day for Warped staff, which meant it would also be a chaotic day for the public. Lines to get inside the venue wrapped around the parking lot, and did not even account for the number of people waiting in will call lines or at the guest list tent. That being said, you can expect to be there longer than you think and stock up on plenty of sunscreen, snacks, and drinks to get you by.

The long and treacherous wait did however have its perks. Fans had access to cheaper food, drinks, and even merch. Members of smaller bands playing on the tour tend to walk around and distribute some of their own merchandise in order to draw a bigger crowd. Whether it is discovering their new favorite band or their next best friend, there is always a bit of a thrill in being around people who enjoy the same music you do. Depending on the venue and your place in line, it can take anywhere between 2-4 hours to actually get inside so why not make a friend or two?

After finally getting inside, there is a bit of relief. Fans may purchase stage guides to figure out what bands they want to see, and determine the time and place of their performance. There are numerous tents set up where fans can both meet and purchase merch from their favorite artists. From the food trucks, to the water slide, to the body art, there were plenty of attractions for the Warped Tour public. If your favorite band was not on the stage, it was the perfect opportunity to discover new music. 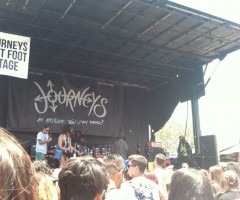 I zeroed in on Mod Sun first after seeing him twice before. This time along with the others, he was expectantly fired up. Mod Sun is like a work of art because if you come for a show, he will most definitely give you a show. Whether it is his contagious energy or his amazing music, he gives you a reason to leave feeling absolutely hysterical. He provided a special treat for his Friendbase with the premier of his brand new song “All Right”. It was a bittersweet farewell because his fans were accustomed to a longer set, but well made up for by his tent signing. A Mod Sun set is not one to be looked past, so if you see him in your city you know what to say. 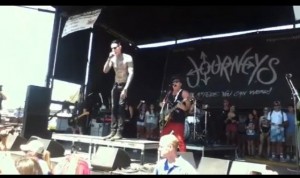 Metro Station made their big comeback performing at Vans Warped Tour for the first time. After about five years of being broken up, Mason and Trace announced that they were putting the band back together which was amazing news for long time Metro fans. These boys were more than alive when they took the stage, which made it seem like they had never left. Even the slight technical difficulties couldn’t hinder their happiness because they remained humble and enjoyed the time they had to perform. Their set consisted of a mix between old and new, and for a while the dread of the heat had disappeared. Metro Station is finally back, and they are so much bigger and so much better. 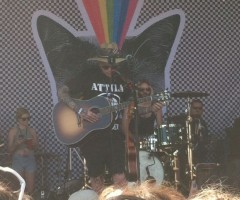 ever Shout Never took to the Shark Stage to perform for a diverse group of enthusiastic Warped Fans. High-spirited front man Christofer Drew only added to their excitement with his numerous points of interaction. His heart-warming sense of humor made it easy for fans to connect with him. The setlist included a number of fan favorites along with a few new ones from the soon to be released album. It also featured an array of soulful beats backed by encouraging words from Christofer Drew himself. Whether you were teary-eyed during Sacrilegious or tempted to wave a lighter in the daylight during On the Brightside, this mid-day performance was worth the wait.

And the close to this long day featured none other than Pierce the Veil. By this time if you had not passed out, you were one of the lucky ones. A much appreciated staff worked to pull a number of bodies out of the heat-filled pit. By this time a number of people were also shirtless, including both male and female. All of the blood, sweat, and tears did seem to be reduced by a breathtaking Pierce the Veil performance. There may have been several alternatives to close out Warped Tour, but none could beat this end to a magical night.

Warped Tour may not be for everyone, but it is definitely something that one must experience for themselves at least once. Depending on the band you go to see, you can choose when to come and go, but there is always the option of discovering new talent. The most important thing to remember for Warped Tour is to stay hydrated, and avoid mosh pits (those aren’t for the faint of heart). Passing out is no fun, and neither is getting hurt. Warped provides you with plenty of opportunities to meet the bands you love, but I would suggest leaving during the last song of their set to make it to their merch tent for a meet and greet. If you stay for the whole set, then you risk waiting in another long line. Every new year of Warped brings an entirely new atmosphere, and the wait for Vans Warped Tour 2016 has already begun. 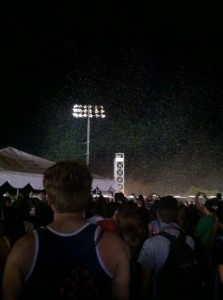