Now in it’s 30th year, the Twilight Concert Series at the Santa Monica Pier is a Westside summer tradition that keeps getting better with time.  And while the Twilight Concert series has been able to pull in the likes of Dr. John and Jimmy Cliff before, the lineups the past few years seemed to be hit or miss depending on what Thursday night show you attended.  The 30th version of the free concert series shows just how far the events have come just in the past few years.  We applauded the promoters for an absolutely awesome closing show last summer featuring Jimmy Cliff, but there were some definite low points with indie bands that could barely keep a tune let alone the attention of the crowd.  When we found out that the Echo and Echoplex, Silverlake music venues, were responsible for booking bands last year, it started to make more sense.  Bands would play the Echo or Echoplex and then the Twilight Concert Series later in the week, making booking bands easy for the promoters and booking agents at the two Silverlake venues.  The problem is there is a huge difference between playing a 200-500 person max capacity venue in Silverlake and playing an outdoor stage in Santa Monica to a majority of people who have most likely never heard your music.  This year though, it seems like we are getting less of the Echo’s bands and more of what we want- fun music that everyone can get into.  With the classic rock band The Zombies, reggae legend Lee Scratch Perry, and soulman Charles Bradley, we have a lineup full of everything that almost anyone can enjoy.  Are we still waiting for the day that California beach rockers Wavves get an invite?  Totally, but for now we are quite pleased with the free concert series that gets started this Thursday.  Come down early and get you spot on the beach, it’s going to be a great summer in Santa Monica. 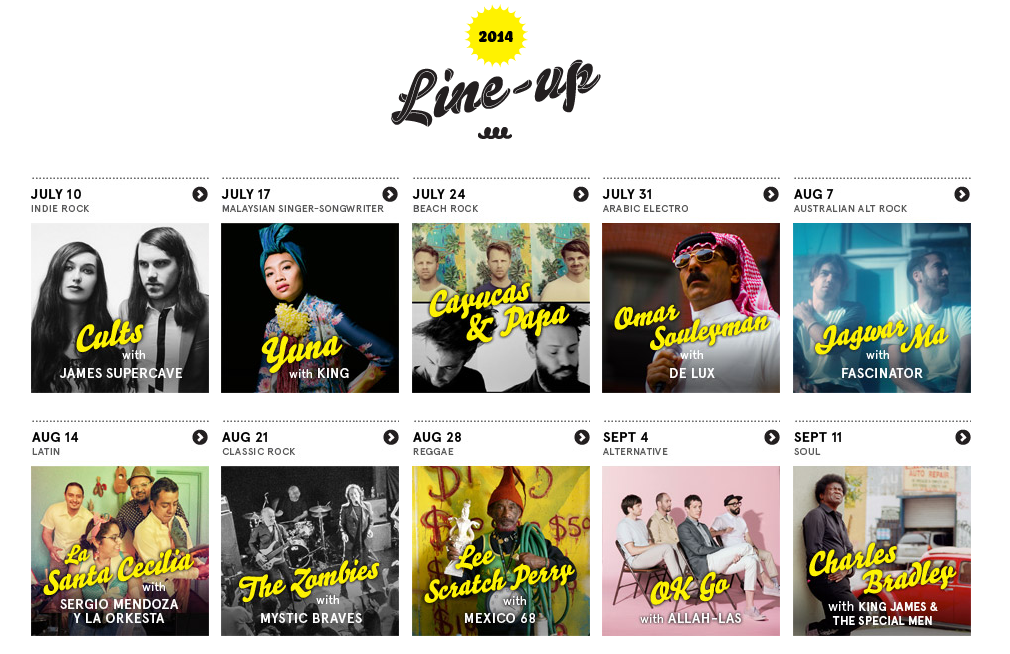