Record labels are created and destroyed daily in today’s music industry.  If you have a computer and internet access, you can record and distribute music- simple as that.  Federal Prism is going to be a little different than your pop-up record label you see all of the time these days.  Headed by Dave Sitek from TV on the Radio, Federal Prism launched today as a record label and plans to release the single “Destroyer” by Telepathe this month.  The single will include the original recording and a remix by Trent Reznor, Atticus Ross and Alessandro Cortini.

Telepathe is a Brookyln based band who just got half of Nine Inch Nail’s touring and studio line-up to remix their single.  Ya, I bet they are pretty stoked.  Dave Sitek is highly respected in the music industry for his production work and many skills.  He was the recording bassist on Jane’s Addiction’s latest album The Great Escape Artist, and has worked with Reznor on Nine Inch Nail’s remixes as well.  That’s why the announcement of Federal Prism is an exciting one.  Sitek should be able to bring in some heavy hitters to work with indie and underground bands that have caught his ear.  Very cool things should be coming from the new record label, and with Sitek at the head a dedication to quality over quantity is expected. 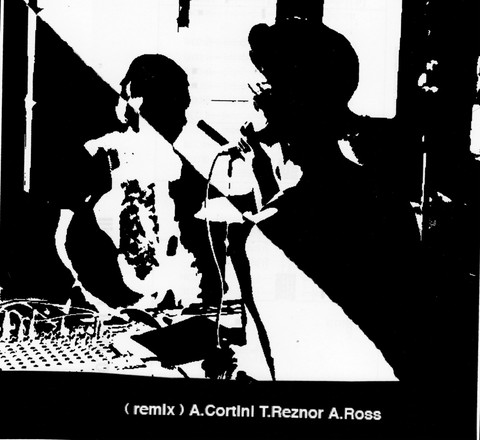 Anytime you can get these three names on your track listing, consider yourself lucky.

“Destroyer” will be available for digital delivery on October 9th and out on vinyl on October 30th.  The release will be limited, and include custom silk-screened jackets.  The only concern we have so far is the price tag, which is pretty heavy at $25 for a two song release.  Yikes!  Regardless, the fact that Trent and Alessandro Cortini worked together on this release is awesome news alone.  Cortini was the synth keyboardist for Nine Inch Nails during the With Teeth and Year Zero era, and has since moved on to release solo material under the moniker SONOIO.  Hopefully this is the first of many collaborations to come.  Check out the original recording of “Destroyer” by Telepathe here.  We’ll have the remix available for listening as soon as we can get our hands on it!