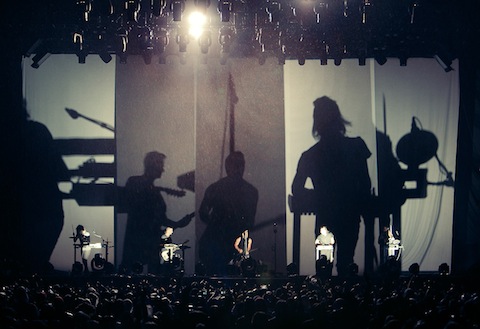 The tweet heard around the world today comes not from Donald Trump or some other fledgling presidential hopeful, but instead from Nine Inch Nails’ mastermind Trent Reznor. In less than 160 characters, Reznor made one of the most exciting music announcements of the year:

It’s been over a year since Nine Inch Nails finished up their tour with Soundgarden at White River Amphitheater on August, 30th 2014. That was the last time the band graced the stage. It’s been over two years since Reznor released his eighth studio album Hesitation Marks. Welcome back Trent, we never really said goodbye to be honest. Looking forward to seeing what you have up your sleeve this time.