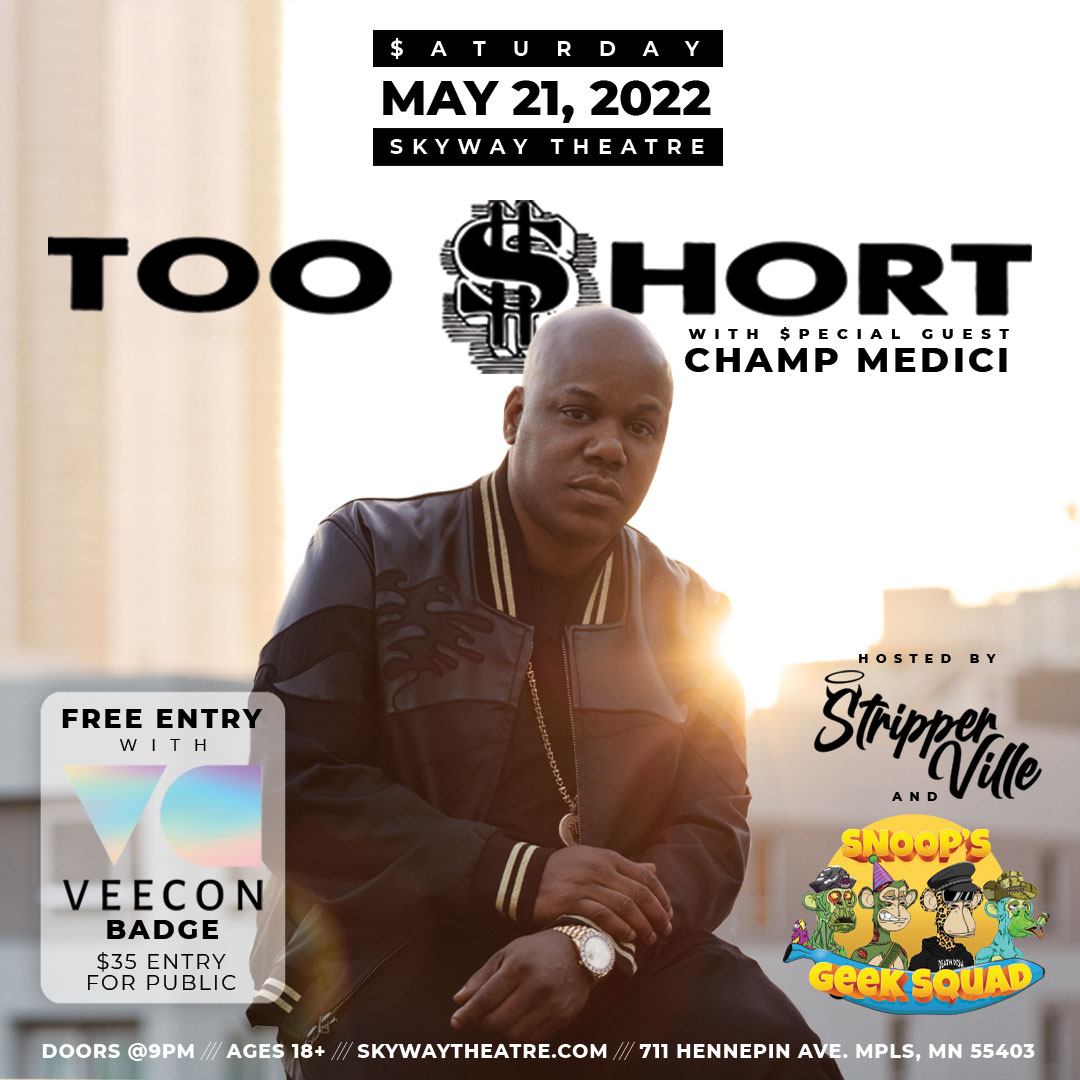 StripperVille, the sold-out NFT project with its own staking game and tokenomics, is hosting an afterparty this Saturday, May 21st at the Skyway Theatre in Minneapolis. The event will feature Bay Area hip hop legend Too Short (Too $hort) and feature appearances by Champ Medici and Snoop’s Geek Squad. The event is free with a VeeCon badge, and $35 for general admission without. If you’re a holder of the StripperVille NFT or you are attending VeeCon, there’s nowhere in the world you rather be than the Sky Theatre this Saturday. Even if you don’t have one of those coveted assets, this is still the best thing going on this weekend in Minneapolis for what will be a big night out with VeeCon in town.

StripperVille is a gamified staking project. We wanted to take the idea of staking and bring it to the next level. In StripperVille your Strippers are essentially being staked by being sent to a club, the highest-earning clubs based on the rules earn the most $STRIP. $STRIP is the utility token that StripperVille Revolves around. StripperVille Staking Game puts a game aspect on staking, you don’t just send your Stripper away and that’s it, well it could be, but if you play with strategy you can maximize your $STRIP revenue by winning the game. Customers equal points, and in this Staking Game there are Charm Points, Poaching, Thieves, and Customers all affecting the Score of the Strip Club which will in turn affect the amount of $STRIP your NFTs will earn.