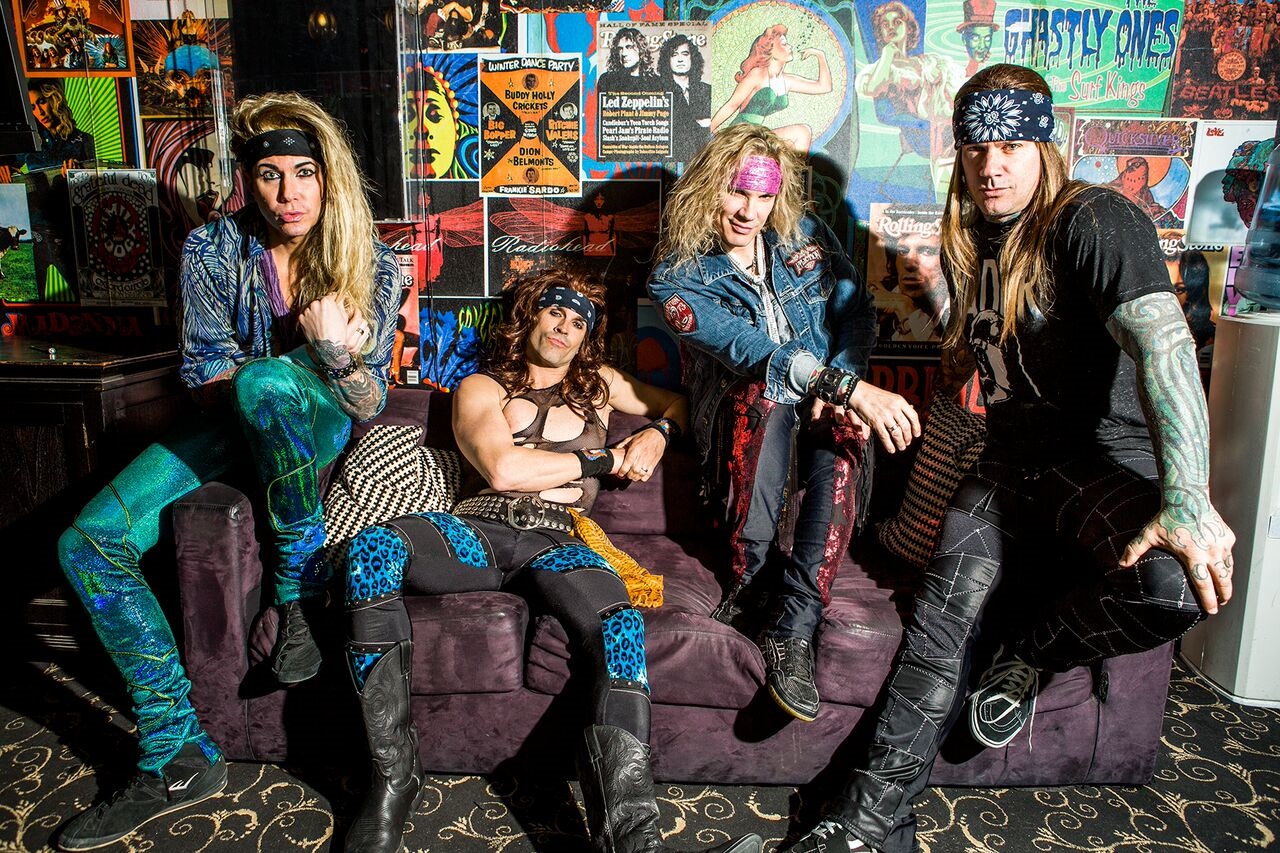 There are still a few rock legends left on the Sunset Strip, and Steel Panther knows some of them! These guitar riffing 21st century rock icons are almost single handedly keeping alive the glitz, glam, sex, and Rock and Roll that dominated the Sunset Strip. They also have simply fantastic hair. Without giving away too much, Steel Panther shows are more than just power ballads and ass-kicking solos … although they are that too … it really is a spectacular rock and comedy performance.  We have your way in.  Simply enter the contest below to win a pair of tickets.

Steel Panther’s original albums recently have enjoyed great success, all of which debuted at #1 on the Billboard Comedy Album Charts.  They formerly had a residency at the famed House of Blues on Sunset Strip and were actually asked to be the final performance at that iconic venue.  They have found a new home at the Fonda Theatre and we can’t wait to see what they have in store.  Get out your leather, spandex, and hair spray, and get ready for a wild night because you never know who is going to show up onstage with them.  Steel Panther has been joined by a who’s who of musical icons such as Steven Tyler of Aerosmith, Paul Stanley of KISS, Kelly Clarkson, Pink, Billy Ray Cyrus, Corey Taylor of Slipknot, Tom Morello of Rage Against The Machine/Audioslave, Chester Bennington of Linkin Park and Green Day to name a few.

You can increase your chances of winning by leaving a comment on this page in the comments section below and also by emailing us at Tickets@RabbitsBlack.com with “Steel Panther” in the subject line. Please included your Facebook username in the e-mail so we can validate your entry. Tell us why you want to go to the show!

You DO NOT have to enter through each entry point. You must Like Rabbits Black on Facebook in order to claim your prize. Using more than one entry point will increase your chances of winning. Winners will receive a pair of tickets to the show. The winners will be announced by 5pm today January 14th on the Rabbits Black Facebook account.

Tickets are available at the door tonight! That means you can cruise by anytime for a little rock and roll.