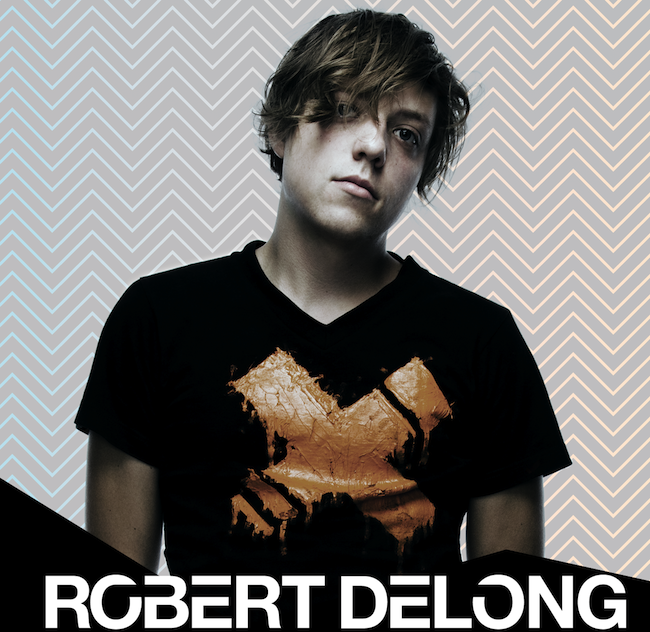 Robert DeLong is on tour in support of his 2013 release Just Movement.  The electronic singer, songwriter, drummer and do-everything man is headlining his own West Coast tour that stop in San Francisco, San Diego and Santa Ana.  We want to focus on the little show going on at one of our favorite venues in LA- the El Rey.  You see, we love this venue conveniently located in West Los Angeles somewhere near Mid-City and kind of far away from Hollywood.  There’s not enough marquee venues in LA with that type of location accessible from anywhere.  And there’s not a lot of artists like Robert DeLong.  The highly trained drummer just wants to make you fucking dance.  Want to oblige?  Good, because we are giving away tickets.

Entry Point 3: Hop on Twitter and send us a tweet.  Make sure you include @RabbitsBlack, @DeLongMusic and @Goldenvoice.

Entry Point 4: Email us at tickets@rabbitsblack.com.  Make sure to put “Robert DeLong” in the subject line.

Look, we can’t promise you’ll win, so if you are a big fan and don’t want to have a heart attack over this contest, we suggest you buy some tickets.  Tickets are only $17 for the show, not a steep price to pay at all: