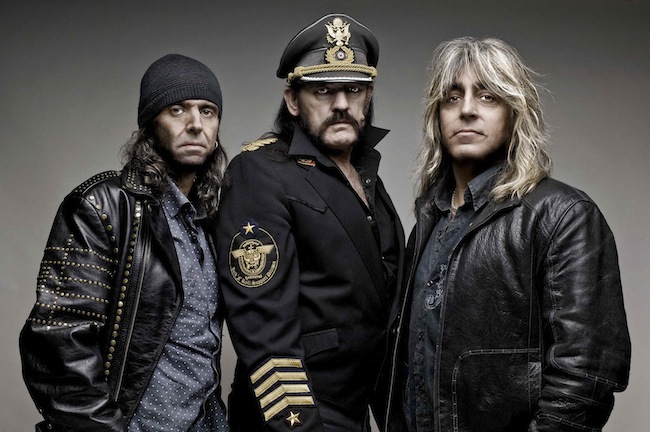 Motorhead, living legends of hard rock, have been around the block a few times.  Making music since 1975, the band has toured the world and played to millions of fans around the world.  While the band has always put out a heavy stream of music (their latest album Aftershock is their 21st studio release) and touring dates, the three piece led by their iconic frontman Lemmy has rarely hit the US music festival circuit.  Well, Goldenvoice changed all of that by booking the band to Coachella’s lineup for 2014.  It’s arguably the festivals most surprising and also refreshing booking in years.  Can’t wait to see the indie kids soak this show in.  You don’t have to wait until Coachella to see Motorhead perform in Los Angeles though, as the band is hitting Club Nokia on April 11th as part of the Goldenvoice “Localchella” lineup this year.  “Localchella” puts Coachella bands on this year’s lineup in small to medium sized venues across the Los Angeles area.  Motorhead at Club Nokia is one of the best of these thirty eight side shows!  How about we get you in?

You can enter up to four times using each of the entry points below.  You DO NOT have to enter through each entry point.  Using more than one entry point will increase your chances of winning.  Winners will receive a pair of tickets to the show.  The winners will be announced on April 9th on the Rabbits Black Twitter and Facebook accounts.

Entry Point 3: Hop on Twitter and send us a tweet.  Make sure you include @RabbitsBlack , @myMotorhead and @Goldenvoice.

Entry Point 4: E-mail us at Tickets@RabbitsBlack.com and make sure to put “Motorhead” in the subject line.