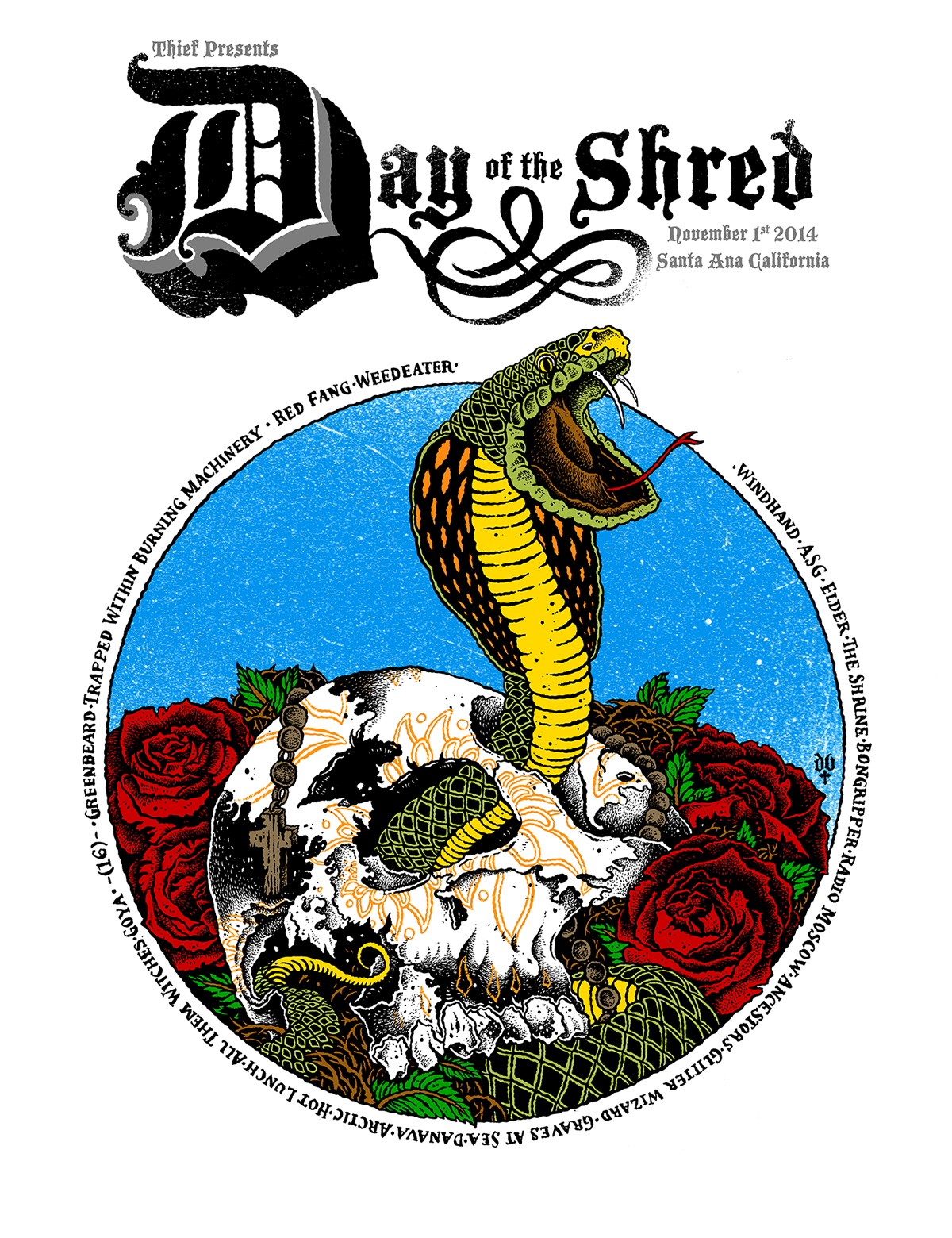 On Dia de los Muertos this year, our good friends at Thief are going to raise the dead and summon the spirits of shred.  From the people who brought you Psycho De Mayo this past May, Rabbits Black and Thief present Day of the Shred!  Featuring megalithic riffs from over 20 bands from around the world, Day of the Shred is all killer, no filler.  November 1st, 2014- you are officially being summoned to the Observatory in Orange County.  Let’s get right to it…the lineup!

Ya, we weren’t messing around with this one.  Waking the dead is assured, the living are being put on notice as well.  This wouldn’t be a Thief and Rabbits Black event without crazy contests and an awesome festival experience.  The Observatory will be transformed into a playground of coffins and spirits.  The Lounge will return from Psycho De Mayo, except this time it’s going to be a lot darker my friends.  Day of the Shred will feature a skatepark where you can ride the upcoming Day of the Shred decks that will be on-sale.  DJs will be spinning vinyl in the patio, with vendors and food trucks and… well we can’t ruin all of the surprises right now.

Get your tickets now before they depart with the rest of the souls on the Dia de los Muertos.  A limited amount of special VIP tickets are available for the show- giving you full access to the bands and festival, including all the food and drink you can handle.  VIP tickets come with a limited print of the festival poster.  It’s the full Shred experience, and only the lucky few can partake. Thief and Rabbits Black Present Day of the Shred, The Observatory on November 1st

Stay tuned to Rabbits Black and the event Facebook page for those crazy contests that you love: Day of the Shred Facebook Group.  It’s time friends… gather the living to raise the dead!