The Viper Room Show of the Month Contest: The Jim Jones Revue 4/26 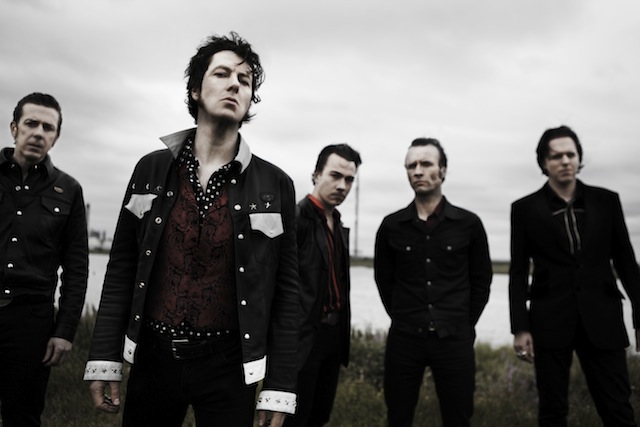 Every month we’ll be highlighting a special show at The Viper Room, one of our favorite venues in Los Angeles, and we’ll also be giving away tickets to that show.  Our Viper Room Show of the Month Contest gets started in April, so we are giving you some good lead time for this one.  You won’t have to wait until April though to grab tickets, as we will be giving away entry to the show throughout the running of the contest.  So who is up first?  The Jim Jones Revue!

The UK garage rock band has been at it for over seven years now.  The band is still touring like mad men in support of their third studio album The Savage Heart.  Back in January the band was at The Viper Room for a special one-off show and now their back by popular demand this April 26th.  The band has been releasing new music while on tour, including the feel good minimalist single “Collision Boogie” that came out at the end of last year.  It’s a long time until the show, but that doesn’t mean tickets will be available forever.  Get yours right here by entering the contest below!

You can enter up to four times using each of the entry points below.  You DO NOT have to enter through each entry point.  Using more than one entry point will increase your chances of winning.  Winners will receive a pair of tickets to the show.  The winners will be announced periodically on the Rabbits Black Twitter and Facebook accounts.  You MUST “Like” the Rabbits Black Facebook Page in order to claim your prize:

Entry Point 2: Use the Facebook “Share” button above the comments section at the bottom of the page to share this contest with your friends.  Make sure to tag @RabbitsBlack.

Entry Point 3: Hop on Twitter and send us a tweet.  Make sure you include @RabbitsBlack, @TheViperRoom, and @JimJonesReveue.

Entry Point 4: Leave a comment below on this contest page.

Tickets are still available for this show for only $20.  Grab some at the link below and we’ll see you there!