Psych-rock projects just speak to me in a way that other music can’t.  There’s more than enough slow-churning Indie in this world for you to check out for the next 10 years, but a new and exciting psych-rock band is what really gets me excited (see Electric Flower).  The Sister Ruby Band is one that deserves your attention.  The Los Angeles based project is fronted by 22 year old Johnny Ruby.  They’re making it pretty easy for you to check them out in LA, with two upcoming shows in March and over 16 tracks for you to listen to right now.  Put it to your ears this Friday.

Take a listen to “Just Like Honey” from The Jesus and Mary Chain for a good idea of where to start with The Sister Ruby Band.  They play a desert blend of modern psych-rock (Black Rebel Motorcycle Club) with the tempo taken down a few levels to the British shoe gaze era.  Lofty comparisons, yes, but what you can’t deny is that they produce a hazy oasis of psych-rock that makes you take notice.  “Don’t Let Me Fall” is a track you’ll want to jump to- a yearning to fight the urge to love blindly.  They tend to slow things down on most tracks, content in putting the power of the sound behind the voice of Johnny Ruby.  It’s working, and last August they released their first full length In Cold Blood.  Now, for the live test and your opportunity to see them perform.  That chance is coming up at the end of March, with one free show and another at only $5.  This is local music that you should be checking out and keeping tabs on.  Take a listen to their first EP and LP below, watch some videos, and we’ll see you at the end of March. 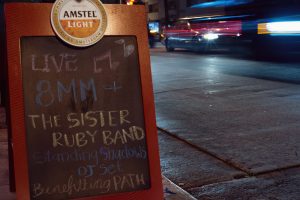 There were so many great moments in Rabbits Black’s PATH[...] 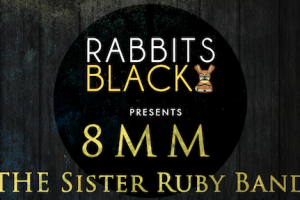 Rabbits Black is proud to announce our latest concert event[...]

Tomorrow night in Santa Monica we are bringing together two[...]