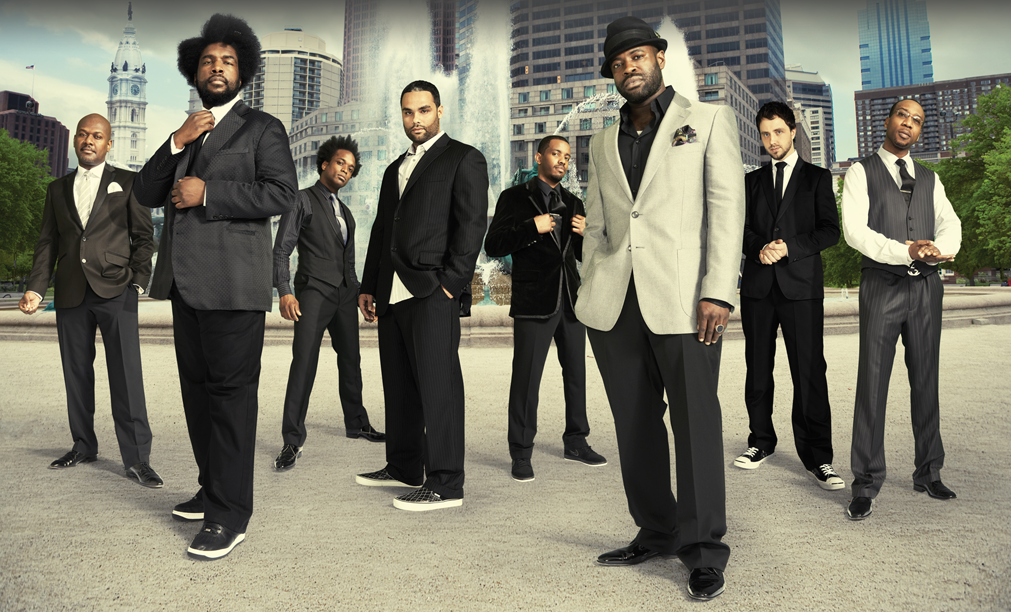 Six years after Jimmy Fallon invited the Roots to be his backing band for Late Night with Jimmy Fallon, I’m still amazed.  Like, was this allowed the whole time?  You can book a legit band to be a permanent fixture in late night?  Could Jay Leno have gotten Godspeed You! Black Emperor to accompany all of his Monica Lewinsky jokes?  Whatever the case, late night audiences luck out big time when the Roots – a band that has been together in various forms for as long as this 27-year-old writer has been alive – show up on our TVs every night of the week.  It’s like a years-long residency that everyone’s invited to.

But even though I’ve seen Black Thought, ?uestlove and the gang on plenty of screens, this past New Year’s Day was my first opportunity to catch them live.  It might not have lived up to my wildest expectations, but it did establish one thing for sure – these guys don’t need to be on national television to look like they know how to play.

The Roots played a long set of about two hours, but the members had plenty of opportunities to catch their breath.  At multiple points, multiple band members would leave the stage (only one musician -?uestlove – never left).  Part of this was a function of letting each band member have a moment to shine, eschewing a more traditional solo for getting the spotlight and a few minutes to jam it out, resembling a Jazz show but with no accompaniment.  It was cool to see band leader / rapper Black Thought be so generous with the reins, but also a little trying of patience.  These guys are all great musicians on their own, but solos are never as interesting as songs.

The one exception was when we got to hear ?uestlove, widely regarded as one of the tops in his trade, cut it up on the skins.  From underneath a packed beanie, the drummer just smiled as he came up with and pushed out beats without breaking a sweat.

But when the band did play together, they turned on in a way no other could without getting as much practice in as these guys do at Rockefeller Center.  Away from the constraints of their day job, it was easy to see the band was having fun letting lose, like when Guitarist Kirk Douglas climbed atop side speakers to cast a spell on the crowd with the neck of his instrument.  It wasn’t quite as cool as it would have been if it were the acting legend Kirk Douglas, but this rang a very satisfactory consolation prize.

It would have been great if the Roots were this electric the whole set, but maybe the other side of their excitement to play outside of the workplace made them more relaxed and less committed to bringing it.  But when a band sounds this good off their game, there’s nothing to complain about.