When I first heard that the brother and sister duo, The Knife was coming out with a new album, I thought to myself, “ Its about Goddamn time!” But, I guess like most of their albums, they come out three years apart from each other anyways. Anywho, their latest installment, “ Shaking the Habitual,” hit the shelves earlier this month under the Swedish record label, Rabid Records, with many people anticipating it.

The album doesn’t stray away from their usual dark, melodic, and strange sound in which they demonstrate on their previous albums but after sitting down and giving it a few listens, I didn’t catch any songs that are as catchy as songs like Heartbeats, off their 2003 album, “Deep Cuts,’’ or like 2006’s Silent Shouts, and I get that’s not what they were going for on this album. To me at least, “Shaking the Habitual,” has a much, much more dark natural tone to it. This album isn’t meant to be played at some house party or dance club (well I guess it depends on the club), it’s an album for music tech geeks because it’s full of weird and dissonant sounds.

Karin Dreijer Andersson’s voice is as captivating and mysterious as ever, by far my favorite female vocalist (Sorry Bjork).  But don’t get this album thinking it’s going to sound like Fever Ray (Karin’s side project) because it’s not. Yes, it’ll sound similar because of Karin’s voice and the electronic element but the idea and structure of this album is totally twisted. Anyways, that’s my two cents, and if you’re appreciative of sound and technology, then check out “Shaking the Habitual,” you won’t be disappointed. 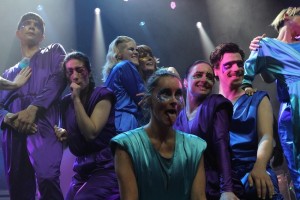 If you’re an educated, thoughtful individual who holds any respect[...]