If there’s anything we love more than music, it’s music for a cause. At the Summer on 7th benefit this Saturday night, Spaceland Presents will bring a slew of local talent together to raise funds for Inner City Arts, a groundbreaking youth art program in Los Angeles’ Skid Row. Peanut Butter Wolf, Yacht, and De Lux will perform at the event, which will also showcase special entertainment by Dub Lab, Friends With You, Animal Charm, and Messhof. Tickets are $65 presale but with the code DTLA you can get $20 off. 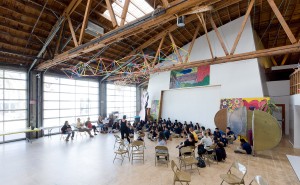 The Inner-City Arts campus is located in the heart of Skid Row. Part school, part studio, Inner-City Arts serves as an oasis to local and at-risk children and youth, allowing them to learn about the arts while having a measurable impact on their grades and personal lives. The campus also provides training to educators and graduate students wishing to enrich the lives of their students and communities via high-quality arts education. Summer on 7th will raise funds and awareness of Inner-City Arts, a cause we stand excitedly behind. 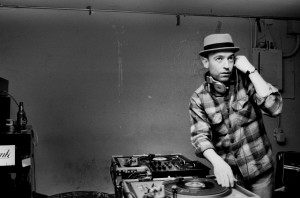 As for the music, you’re probably no stranger to Peanut Butter Wolf, the head of Stones Throw Records and one of Los Angeles’ best producers and DJs. He’s fresh off a tour of Australia and New Zealand, and the release of Our Vinyl Weighs a Ton, a DVD chronicling the evolution of the Stones Throw as PB Wolf mentored and promoted artists from Mad Lib, MF Doom and J Dilla to Mayer Hawthorne. You can count on an unbeatable mix of funk, hip hop, rap, and everything from new wave, punk, reggae, electronic, ’60s rock, and more.

Also performing will be YACHT. What began as a solo project for musician and multimedia artist Jona Becholt has developed into a full-fledged duo with the addition of vocalist/writer/science theorist Claire L. Evans. It’s eclectic electric rock that defies easy categorization, which is how Becholt prefers it. 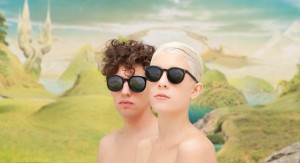 Rounding out the line up is Glendale duo De Lux. The line to see De Lux at the Hammer Museum’s Made in LA summer concert series on July 17th literally stretched around the block as people waited for over an hour to see them perform. The LA duo makes highly danceable post-punk disco reminiscent of the Talking Heads and LCD Soundsystem. De Lux is also performing this Thursday at the Santa Monica pier, but if you can’t make it out to the beach you best come catch them at this benefit.

In addition to the great music, you can anticipate art installations from some of LA’s best. Dublab is a fantastic nonprofit web radio collective dedicated to promoting positive music, art, and culture. While dublab soundsystem prides themselves on the variety of music put out, they are also majorly involved in the community, and have been featured at a museums and venues ranging from MOCA to the Walt Disney Concert Hall, Cal Arts to the Getty.

Friends With You is a fine arts collective with a mission to “affect world culture by cultivating special moments of spiritual awareness and powerful, joyous interaction.” They specialize in art that is meant to be played with, thus their fully immersive installations often feature inflatables, hand-sewn toy sculptures, and paintings meant to trigger playfulness and inquisitiveness and laughter.

You can also expect video art by Animal Charm and video games curated by independent video game designer Messhof. Summer on 7th promises to be enchanting and entertaining. Do it for the kids, the arts, or for a plain awesome experience. Don’t forget to use the code DTLA to get $20 off your tickets. 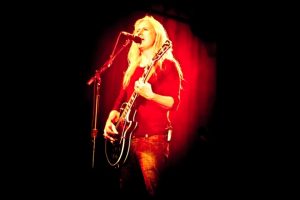 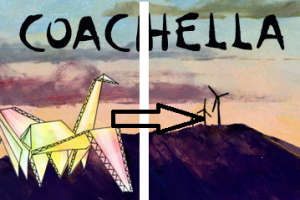 The minds behind the Coachella Valley Music and Arts Festival[...]

If the electric reveries of this year’s Groove Cruise are too[...]