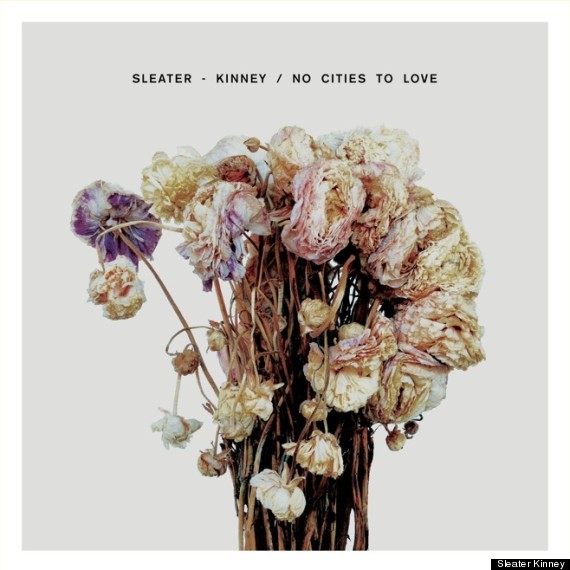 Most are probably unaware that in addition to Nirvana, Jane’s Addiction, and the likes, the early 90s also birthed a surge of girl grunge rockers that hit the music scene with a vengeance and an agenda. Carving out their own space amongst the male-dominated punk and hardcore scenes at the time, the “riot grrrl” movement paralleled third wave feminism and delivered images of female strength through art, zines and music. Over 20 years later, the relevance of this movement is still being made apparent by acts like Kathleen Hannah, who is still touring strong, and Babes in Toyland, set to play an exclusive reunion show next month.  Thus, it would appear that the climate is ripe for riot grrrls to make a comeback. Ten years have passed since Sleater-Kinney released The Woods, and after they took an unexpected hiatus in 2006, talk of a reunification was far from the collective imaginings of its fan base.  However, all three members have since kept plenty busy and have attained tremendous success with their own solo projects: Carrie Brownstein formed new band Wild Flag, and also co-created (as well as stars in) the IFC hit show, Portlandia; Corin Tucker formed the Corin Tucker Band; and Janet Weiss drummed for bands like The Shins, Quasi and Stephen Malkmus and the Jicks. Their comeback was as much of a surprise as was their break, but it couldn’t have come at a more appropriate time: the announcement rode on the waves of their limited-edition, 7-LP box set Start Together, released a couple weeks shy of the New Year. It was the perfect way to remind old and new fans alike of their extensive catalogue and usher in 2015 with fresh material that definitely stands to cater to both.

Twenty years have gone by since Sleater-Kinney’s self-titled debut album and this year’s, No Cities to Love, proves that these ladies haven’t lost their touch. Tucker’s voice is strong and loud and carries the spirit that engulfed the riot grrrl movement and what it was known for. Brownstein’s vocals aren’t any less powerful and don’t succumb to the background, but rather mesh with Tucker’s to create a symphonic array of force and gusto. And it wouldn’t be fair to leave out at least a brief mention of their guitar expertise, which they heavily showcase on this album. Their first single, “Bury Our Friends,” is a prime example of the infectious riffs that are scattered throughout the entire album. Weiss’ rhythmic drum styles are so refined and professionally executed that the DIY punk-like aesthetic is nearly lost, but not entirely. One of the many great things about No Cities to Love is the fresh approach to a time that is rapidly becoming more and more antiquated. On “Hey Darling,” hints of Sonic Youth-inspired melodies are heard and modern-day consumerism is spoken on in “Price Tag,” seamlessly blending early 90s influence with current significances.

Needless to say, Sleater-Kinney is back and better than ever and are here as reminders of the past, teaching and leading rioters of the future!