Markus Schulz is having a career year in 2012.  He released the mesmerizing Los Angeles 2012 Compilation in February, and then followed that up with his new artist album Scream in August.  Add in a world tour that never seems to stop and his weekly radio show Global DJ Broadcast, and you would be right in saying that Markus is at the top of his game right now.  Well, let’s now add America’s Best DJ to his list of 2012 accomplishments!  You can catch America’s best playing a very special Halloween show in San Francisco on 10/26 at Ruby Skye.  Ticket info after the jump.

The man just doesn’t stop dropping the hottest tracks and playing the hottest clubs in the world.  His latest album Scream has caught fire with passionate fans and started debates all over the web.  For the record, Scream is a winner in our books.  Markus is now embarking on a world tour to support his new album and close off the year in style.  The party gets started this weekend in Las Vegas where Markus will accept his award as America’s Best DJ presented by Pioneer.  Markus will be playing a free show at Marquee on Sunday night for any fans that make it out to the desert.

Now for the San Francisco dose of Schulz.  You’ve heard of those insane open to close shows that he puts on from time to time (but more than any other DJ we know of in this world).  Well, San Francisco this is your time!  Markus will be playing a very special Halloween set on Friday, October 26th at Ruby Skye.  He’ll be on the decks for the whole night, from the moment you walk in to the moment you leave.  Get your tickets now for only $35.  This will be an instant classic set that will go down in the history of San Francisco’s EDM scene forever. 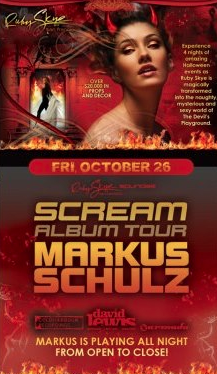 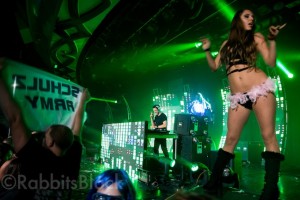 Markus Schulz was the star of Groove Cruise LA. Expect[...] 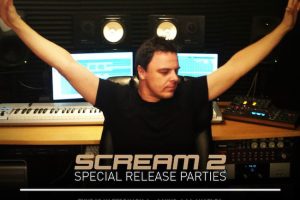 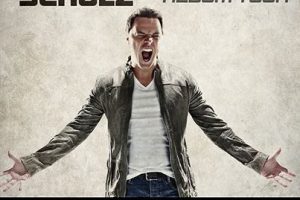