Duff is back where much of his success began, on the Sunset Strip! Duff McKagan, formerly of Guns N’ Roses and Velvet Revolver, will be playing two very different shows on two consecutive nights at the Viper Room in West Hollywood on Oct. 15 (acoustic) and 16 (full band electric). This is a chance to see a rock and roll legend up close and personal and see a good old fashioned Sunset Strip rock show. Music and show info. after the jump…

Duff has a long history of performing at the Viper Room, which makes this event so special. Outside of his G N’ R fame, McKagan once played in a supergroup called “Neurotic Outsiders” comprised of the Sex Pistols’ Steve Jones, Duran Duran’s John Taylor, and G N’ R drummer Matt Sorum. This band actually got its start jamming at the Viper Room in 1995, so the venue has been a sort of musical refuge for McKagan.

The October 15 event will feature an acoustic set by Duff McKagan’s Loaded as well as a book reading/signing for his new book It’s So Easy: And Other Lies. Duff has had tremendous success in music, but he is also an accomplished writer, penning weekly columns for ESPN.com and Playboy.com amongst others. You can buy standard tickets here, or you can buy VIP tickets which give you a copy of Duff’s book and access to a pre-show book signing.

The show on the 16th will feature a vintage full band electric in-your-face rock and roll set with his band Loaded. Tickets here.

McKagan is best known for his success as the bassist for Guns N’ Roses, along with singer Axl Rose, guitarist Slash, and drummer Matt Sorum (Slash and Sorum would join McKagan in Velvet Revolver). He also had a short stint with Jane’s Addiction in 2010. He continues to be a part of some of coolest bands around.

Duff was enshrined in the Rock and Roll Hall of Fame this year as a member of Guns N’ Roses. 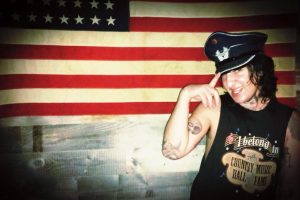 Show Alert: Mickey Avalon performing at the Viper Room on[...]