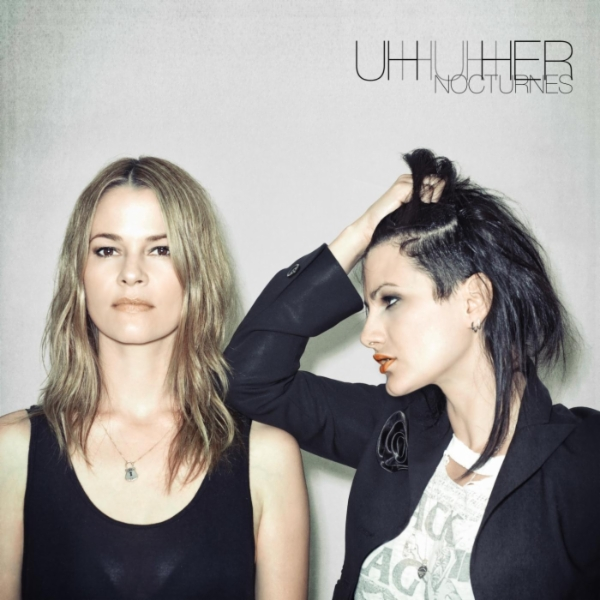 Indie-electropop duo Uh Huh Her is headlining the Keep A Breast tour, along with opening act Jarrod Gorbel. Uh Huh Her, promoting their sophomore studio album Nocturnes, is touring in collaboration with the Keep A Breast Foundation to promote fighting breast cancer through prevention. The tour, organized in coordination with House of Blues Entertainment, hits the House of Blues in Hollywood on November 1st, and Slim’s in San Francisco on November 2nd. For more tour dates and ticket info, click here. Great Music + Great Cause = You Feel Good.

Uh Huh Her, the collaborative brainchild of Camila Grey (Mellowdrone) and Leisha Hailey (The Murmers, Showtime’s The L Word), is back on tour promoting their sophomore studio album, Nocturnes, produced by Camila and Wendy Melvoin (Prince & the Revolution) and released by Plaid Records on October 11th. After bursting onto the scene back in 2008 with their full-length debut album, Common Reaction, Uh Huh Her has been through their share of industry turmoil. But after dropping their manager, going independent, and spending three years making an album their own way, the female duo is back and better than ever. The savvy duo, having survived the industry “washing machine”, as they called it, have added a new rock-infused (read: drums) flavor to their traditional synth-pop sound, and are primed to recapture the fervor that welcomed them to the scene several years ago.

Check out the new video for “Another Case” off Nocturnes:

UHH is touring in collaboration with the Keep A Breast Foundation and House of Blues Entertainment. The tour’s mission is to entertain, bring attention to the fight against breast cancer, and to educate a younger demographic on methods of breast cancer prevention.

Check out the video for “Not a Love Song” off Common Reaction: The Keep a Breast Foundation was formed in 2000 to address the growing need for breast cancer awareness programs to educate young people. KAB’s mission is to eradicate breast cancer by inspiring young people to adopt lifestyle choices that have long-term health benefits. “We can make the difference by raising awareness, raising people’s spirits and helping to save lives,” says founder Shaney jo Darden.