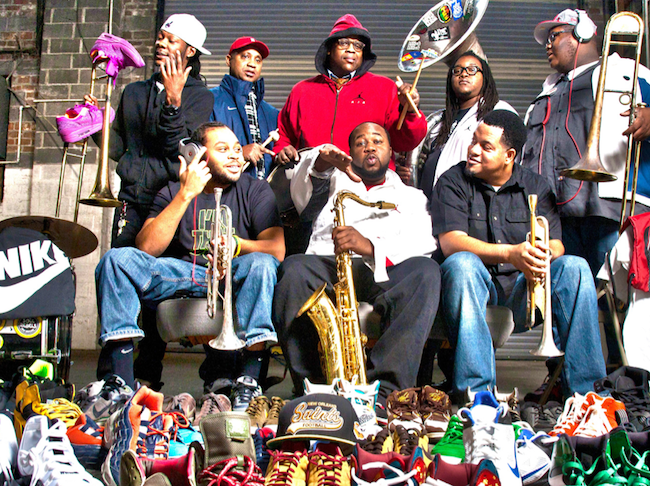 It’s always a party when The Soul Rebels are in town!  Luckily we don’t have to wait too long for New Orleans’ favorite sons to come back to the West Coast.  The Soul Rebels have been in the business of starting parties and bringing the soul of New Orleans around the world since 1991.  It’s been over 23 years of the brass band spreading their blend of soul, jazz, funk and hip-hop to old and new fans.  It doesn’t matter if you have seen The Soul Rebels multiple times at their home digs at Le Bon Temps Roule in Uptown or if you only catch them once a year as they come though your city- Soul Rebels fans are all the same in the end!  We love the funk and we can’t get enough!

The Soul Rebels are returning to their LA home at The Mint.  One of our favorite small venues in Los Angeles, The Mint plays host to some of the best brass and jazz bands that come to Los Angeles.  In fact, the whole Rabbits Black crew will be at Rebirth Brass Band next Wednesday night soaking in the NOLA love.  Tickets are still available for that show, and it’s a must if you consider yourself a fan of live music.  Tickets for The Soul Rebels don’t go on-sale until March 15th, but once they do you will want to scoop up those $14 tickets as fast as possible!

The Soul Rebels are still riding the momentum of being selected by Metallica to open their 30th anniversary shows at The Fillmore in San Francisco in 2011.  The band is experiencing a new level of stardom, so don’t take too many chances on waiting for tickets.  We’ll see you there in May!

Tickets purchased! I love you Paul.