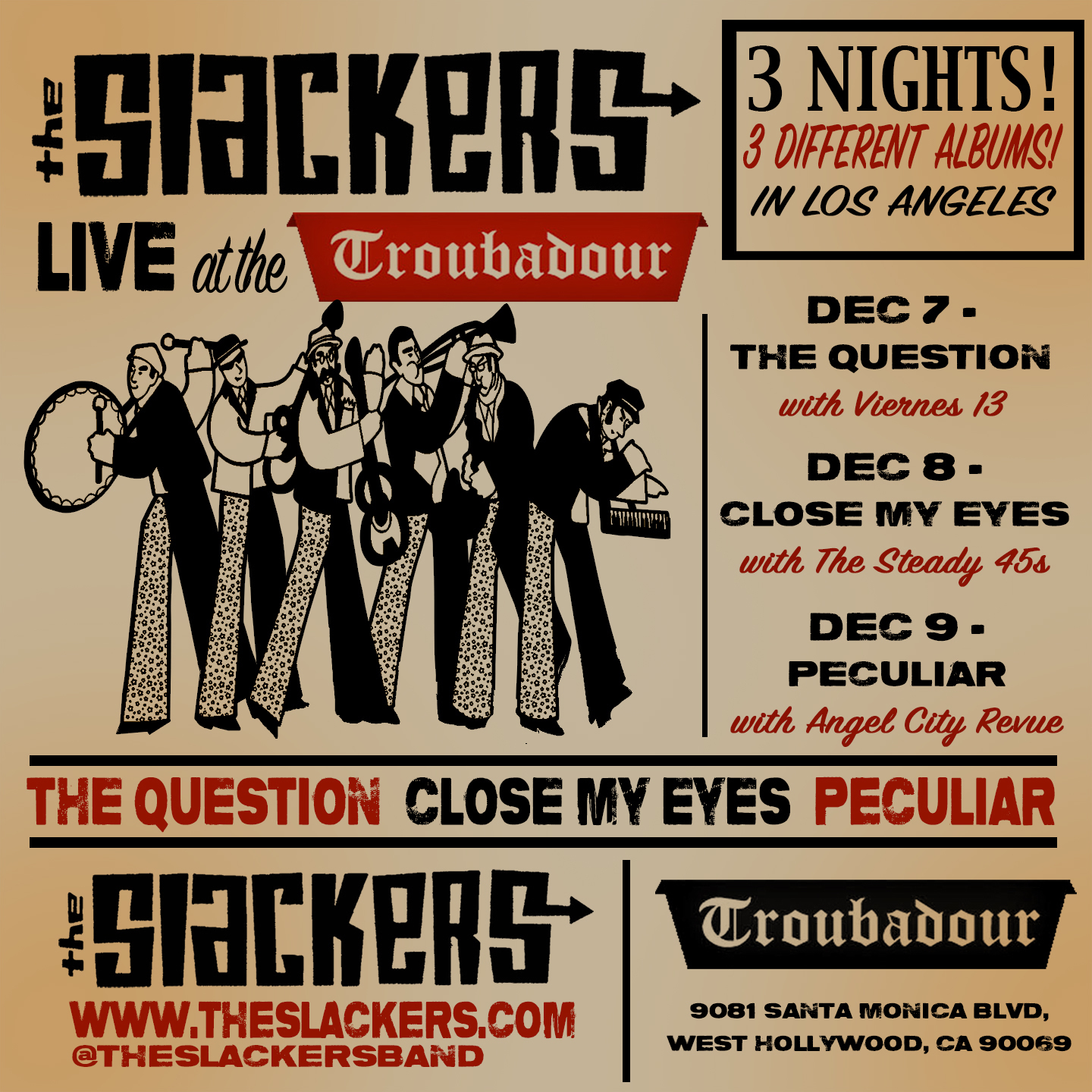 New York based ska-band The Slackers are in Los Angeles this week celebrating a three run residency at The Troubadour in West Hollywood. The early 90s ska-band has toured the world for over two decades now and released 14 studio albums. This week at the Troubadour they will play homage to three of their fan favorites by playing the albums in their entirety. We will be there on December 8th to catch Close My Eyes, their 2003 album, in full. If you are a fan of The Slackers, than you will probably be there all week. If you love great ska music, then this is the show to be at in Los Angeles. It’s not every day that one of America’s best ska bands comes to town for 3 nights of shows. Tickets are still available at the link below:

Tickets: The Slackers @ The Troubadour, December 7-9