Yes, everybody’s favorite modern glam rockers are winding up their U.S. tour! ONLY 3 DATES LEFT! Stubb’s in Austin tonight, ROCKLAHOMA tomorrow in Pryor, OK, and the House of Blues Sunday in Dallas, TX. Of course, RABBITS BLACK with will be there for their last US date at the House of Blues in Dallas to give these UK boys a proper send off.  So for any of you huge The Darkness fans out there (myself included – I once flew to London for one night to see them at Alexandra Palace in 2006), or music fans that just happen to find yourself in the Lone Star State this weekend, don’t miss out on your last chance (maybe ever, knowing these guys) to believe in a little thing called Rock and Roll (and party with us).

The Darkness recently announced that their third studio album will be called ‘HOT CAKES’ and will be released on Monday, August 20th (UK) and Tuesday August 21st (North America). After this weekend, they leave to hit up the European summer festival circuit, and then begin touring as the opening act for Lady Gaga’s new tour beginning on August 14th in Bulgaria.

Check out the video for their new single “Nothing’s Gonna Stop Us” here: 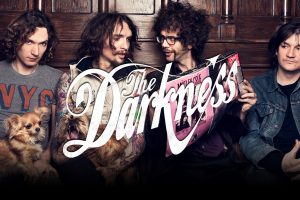 The Darkness return to Los Angeles with a clever nod[...]

I believe in a thing called The Darkness! Welcome back.[...] 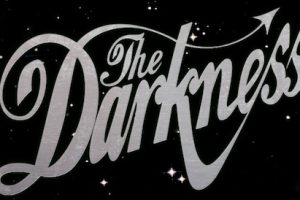