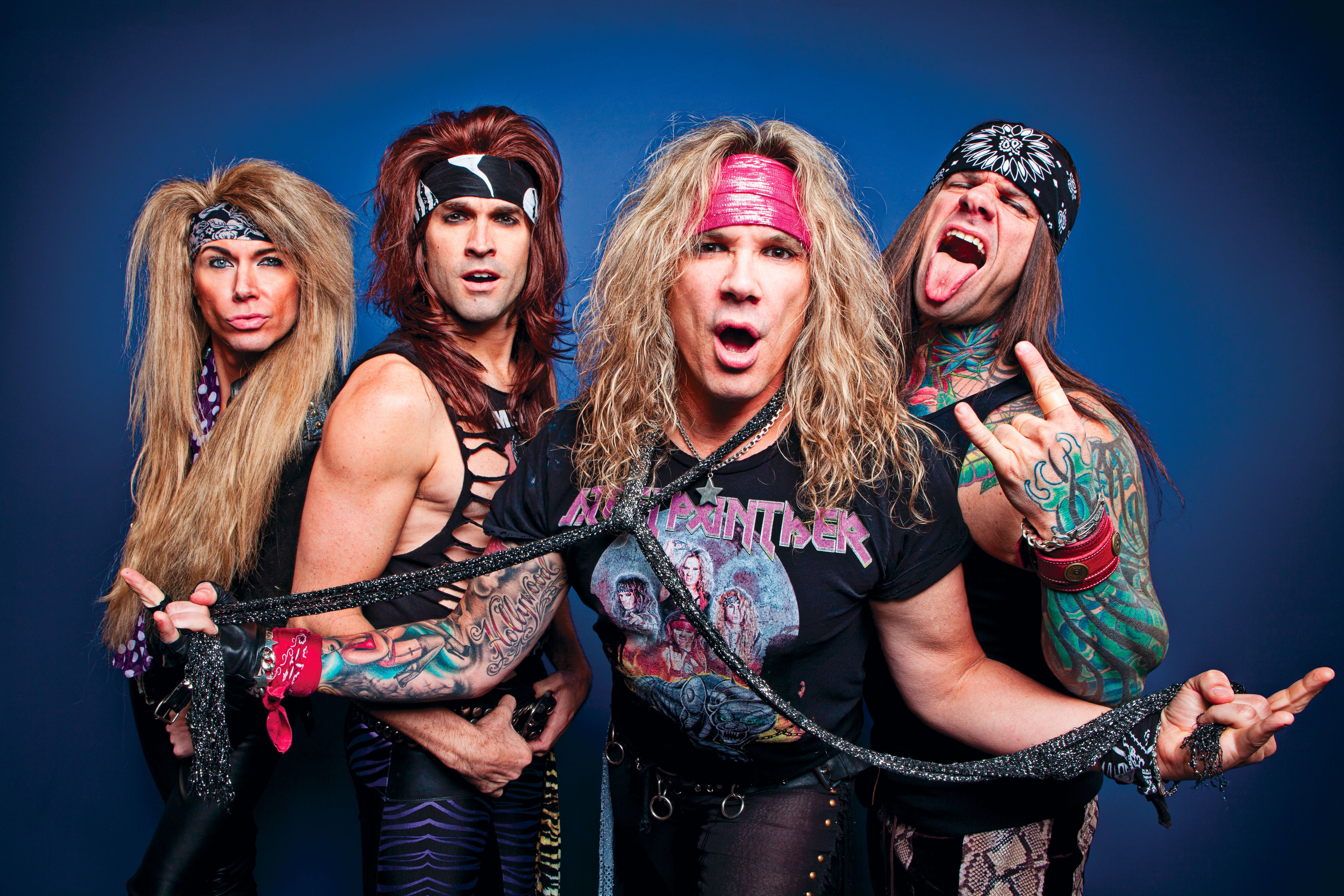 The LA based four piece glam metal parodists gained popularity in the early 2000s in the heart of Hollywood right where they will be performing and showcasing their hilariously animated alter egos. Steel Panther consists of front man vocalist Ralph Saenz (“Michael Starr”), drummer Darren Leader (“Stix Zadinia”), self-obsessed (we love it) bassist Travis Haley (“Lexxi Foxx”) and guitarist Russ Parrish (“Satchel”). Each character is outrageous, and we dare you by the end of the night to choose your favorite… and then yell it out to them! Largely known for their wickedly laugh-out-loud lyrics and their amplified risqué personas, Steel Panther channels the musical power emanating from the Sunset Strip in the 1980’s when hair glam bands ruled the world. Steel Panther has performed sold out stadium shows all over the US, Europe and Australia, and shared the stage with an impressive array of bands including Def Leppard and Mötley Crüe. In 2011 Steel Panther also opened up for the legendary rock band Guns N’ Roses at the Forum in Los Angeles.

Awarded by Loudwire the “Live Act of the Year” two years in a row for 2012 and 2013 simply reinforces that Steel Panther knows how to rock out a show. Their third album Feel the Steel peaked at #1 on the Billboard Top Comedy Album chart and also won “Best Debut” by Metal Hammer Germany. Their sophomore album Balls Out debuted at #1 on the UK ITunes rock chart, peaked #4 on the US ITunes rock chart and again won #1 on the Billboard Comedy Chart.

Fresh off their “Redeemer of Souls Tour” with Judas Priest, Steel Panther will be starting off the New Year with a short UK Tour – “All You Can Eat Tour 2015” – before returning to the friendly confines of the Sunset Strip.

If that wasn’t enough, just in time for the holidays Steel Panther just premiered their new Christmas track, “The Stocking Song.” Christmas just got a little bit merrier and a whole lot naughtier, y’all!

Grab your friends, your girlfriends/boyfriends, mistresses, lovers and your haters and join Steel Panther as they return to their home turf at the House of Blues Sunset. Expect rowdy antics, obsessively vain but oh-so-fun self-obsessive stares in the mirrors, overdone hair spray and hair flipping, too much too tight spandex we can’t wait to see, tons of rock n roll, completely in your face raunchiness and roars of endless hysterical laughter.

Girls, get ready to get your groupie on. Gentleman…well, let’s just say there will be none of that going on at the Steel Panther Show. It’s all about the Rock Stars and hard core laughter these nights.

Just a little fun fact on the origin of how the name “Steel Panther” came to be. As a genius strategy to go along with their parody traits, the pointed out that many hair metal bands in the 80’s were named after an animal, such as White Snake or Def Leppard. So, Steel Panther cleverly asked themselves, “What is the strongest metal there is?” Steel. “What is the fastest animal?” Panther. And there you have it folks, Steel Panther was cleverly born!

Word is on the street that VIP packages are so worth it, as Steel Panther is famously known to roll out the red carpet treatment for the absolute royalty of rock for a meet-and-greet that fans won’t forget. Put on those torn jeans, be ready to rock n roll, and look forward to being corrupted!