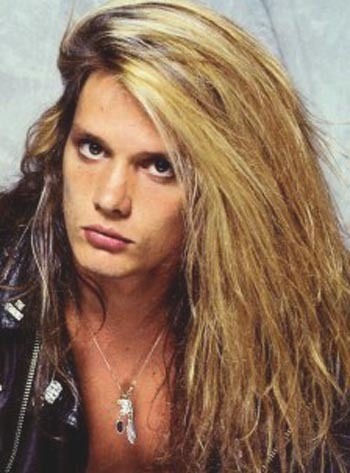 For all you glam metal 80’s lovers and groupies, this is a show you are not going to want to miss. Sebastian Bach, ex frontman of Skid Row, one of the most acclaimed heavy metal bands of the 80’s, will be performing an intimate show at the Saban Theatre in Beverly Hills on April 19, 2015. The multi-talented Sebastian Bach has been keeping quite busy since his departure from Skid Row, continuing mainstream success as a solo artist and countless projects. Let’s take a trip down memory lane and get rekindled with Bach and fill you in on the 411 of just what he’s been up to since the infamous Skid Row days.

Canadian heavy metal singer, Sebastian Bach originally rose to fame when he joined Skid Row as the lead vocalist from 1987-1996. Known for his Sun-kissed long blonde hair, his chiseled looks, his fierce stage persona, his notably unfiltered mouth, and his incredibly powerful voice, Sebastian Bach dominated concert arenas worldwide as well as the hearts of every girl, myself included. The group began performing for clubs throughout the eastern United States, for Skid Row was prominently formed in New Jersey. 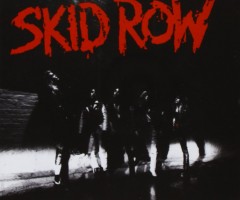 With the release of their first two albums, Skid Row and Slave to the Grind, they were an instant success. The hit singles on the debut album, simply titled Skid Row, “18 and Life’, “I Remember You” and “Youth Gone Wild” made the record go 5x platinum and Skid Row became one of the most reputable bands of its time. The power ballad “I Remember You” became the #1 prom song in the US in the early 90’s after the video in particular went viral on MTV with heavy rotation.

Skid Row went on to open for legendary bands such as: Bon Jovi, Aerosmith and Guns N’ Roses, eventually headlining on their own as they gained international popularity selling out arenas across the world. After a decade with Skid Row, due to musical and personal differences, Sebastian Bach departed the band and embarked on his own solo career. 20 years later, Back has continued to make music and he has also expanded his career with countless gigs in acting, including a recurring role on the hit series “Gilmore Girls”, starring roles on Broadway (“Jekyll & Hyde” and “The Rocky Horror Picture Show”), and he has starred in his own reality shows and recently in 2014, released his fifth solo studio album, Give ‘Em Hell, which received universal praise. 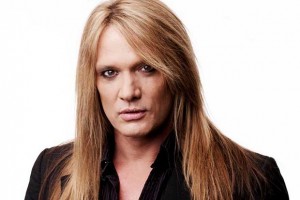 Sebastian Bach has sold well over 20 million records worldwide as a solo artist and with his former band, Skid Row. If one thing is for certain, Sebastian Bach knows how to entertain. And soon he will also be able to add “author” to his already impressive list of talents. Sebastian Bach is currently in the process of writing his long over-due memoir and rumor has it, he is not leaving anything out and will be getting down to the nitty gritty of his journey, leaving very little to the imagination.

On a side note for some that may not know, Sebastian Bach actually auditioned to be the frontman of Slash’s then band Velvet Revolver (after Slash’s own departure from Guns N’ Roses). Though Slash thought Bach nailed it and had the perfect voice, Bach was ultimately was turned down because, according to Slash, ‘we sounded too much like Skid Roses.” In a twist of fate, Sebastian Bach later toured as the opening act for Guns N’ Roses’ “Chinese Democracy Tour” and has often been spotted performing on stage with the iconic frontman of Guns N’ Roses, Axl Rose. 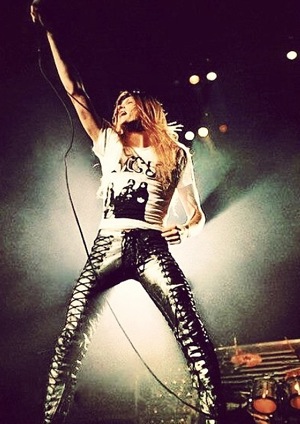 Bach continues to tour around the world to sold out venues and is currently on tour now, which brings us to the Saban Theatre show for the local Los Angelinos. Bach, hair still golden and long, is fiercer than ever. Bach is still able to transport a generation of people back to a time where heavy metal was romantic, as he pours his heart out reminding everyone, “I Remember You”. Just for Old Times Sake, let’s take a look at the classic hit video “I Remember You”:

To purchase your tickets to see Sebastian Bach live at The Saban Theatre, please visit their direct website: http://www.sabantheatre.org/

For more information on Sebastian Bach and additional tour dates, you can check out his official website: http://www.sebastianbach.com/ 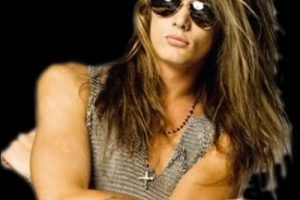 A night of heavy metal at its finest! Legendary Sebastian[...]