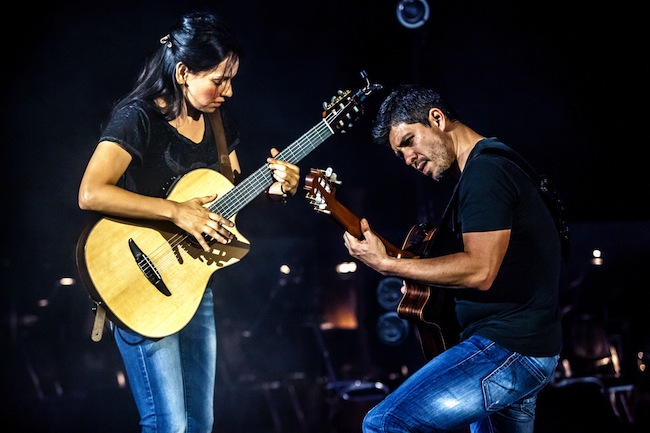 Rodrigo y Gabriela are back with a new album and tour dates for this spring.  Their fifth studio album 9 Dead Alive is scheduled for an April 28th release, but no matter how amazing that album is, you have to see the duo perform live to really understand what Rodrigo y Gabriela are all about.  The modern acoustic rock legends from Mexico haven’t done a full tour since the summer of 2011, but this spring will usher them back to the road in support of 9 Dead Alive.  The duo played a one-off show at the Hollywood Bowl last year, but this spring we are getting a much more smaller venue to kick off the tour.  The Orpheum, Palladium, and Fox Theater in Oakland will all kick off the duo’s tour.

Fan club pre-sale tickets go on sale on January 29th for the show at the Fox Theater and on January 30th for the Los Angeles shows. The pre-sale password is “rodgab“.

You can check out two of the nine new songs from 9 Dead Alive below: