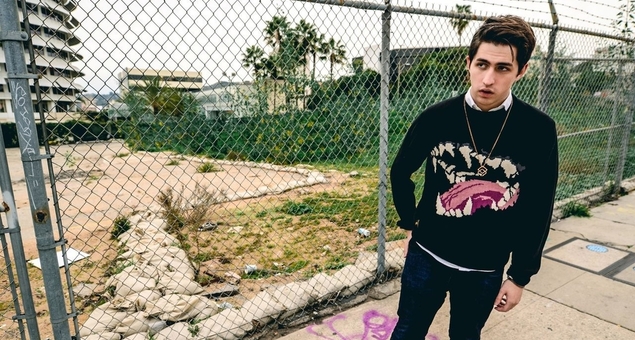 In less than a week, one of the poster children of the electronic music scene, Porter Robinson, is coming to tear up San Francisco’s Bill Graham Civic Auditorium. It would be a vast understatement to say merely that Porter has an impressive resume. Simply put, he might very well be the most talented American dance producer there is, and shockingly he has barely just gotten started. Porter began producing music at the age of 12, and recorded a slew of number one singles before even turning 21 years old—resulting in being listed at #7 on Billboard’s “21 under 21” list, InTheMix’s 25 under 25 list, and America’s 5th best DJ according to DJ Times. He has toured alongside the biggest names in the industry, including Tiesto, Skrillex, and deadmau5, and co-wrote Zedd’s worldwide hit single “Clarity” (feat. Foxes), and even provided backing vocals for the track. His collaborative single with Mat Zo, “Easy,” spent two weeks as the #1 song on the Beatport Top 100 chart. In other words, this guy was at the very top of his game before most people even figured out their college major.

Matching his unparalleled production credentials, Porter is also an absolutely electrifying live artist, which only makes sense considering the years he has spent playing music festival main stages, including at ULTRA, Electric Daisy, Electric Zoo, South by Southwest, and many others. And due to the fact that Porter released his very first full-length album, Worlds—which is a captivating digression from the bland, over-saturated EDM market of late—you can bet that this tour is going to have that extra special sauce that you just won’t find elsewhere. Thus, although tickets are still available here, prepare for this to be a sold out show come Friday.