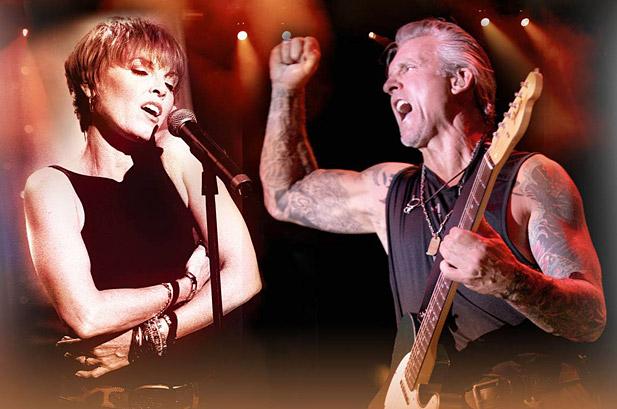 Rock legends, husband and wife power duo, Neil “Spyder” Giraldo and Pat Benatar, will be headlining at The Saban Theatre in Beverly Hills, CA for the first time on April 17th. They are celebrating their 35th anniversary as the powerhouse behind one of the largest arsenals of rock hits. The event is bound to be an enthralling evening of rock and roll, power ballads, and romance, all in the very intimate venue that is the Saban Theatre. 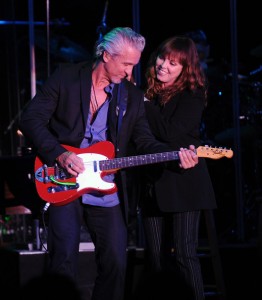 Largely known for 1980’s hits including the signature iconic single “Love Is A Battlefield,” and epic hits such as “Hit Me With Your Best Shot,” “Heartbreaker,” “Invincible,” and “We Belong”, Pat Benatar and Neil Giraldo have formed one of the most successful partnerships in the course of pop Rock n Roll. Since their first collaboration over three decades ago with their debut album ‘In the Heat Of The Night’, they have sold more than 26 million albums, charted 10 Top 40 singles, and earned four consecutive Grammy Awards, three American Music Awards and they continue to tour every year to sold-out venues and arenas.

During the 1980s, Pat Benatar was the first female artist to play on MTV as well as being the most heavily played artist during MTV’s earlier days. Her iconic videos have attributed to the gained popularity of some of her greatest hits. Her signature style was created by a mere chance of fate during Halloween of 1977. Dressed as a character from a low budget Space movie called “Cat-Woman of the Moon”, Benatar didn’t have time to change into her stage costume to perform later evening night for open-mic night at the legendary Catch a Rising Star club. She remained in her Halloween costume and a star was born. She received a standing ovation and a roar of applause, everyone fell in love with her stage “costume”. Suddenly, her powerful voice was noticed and had an image to match. Heavy eye makeup, spandex, leather and black tights, the signature look for Benatar was formed and it became a fashion trend for young women to follow. To know this all resulted from not having enough time to change out of her Halloween costume, some things are just meant to be. 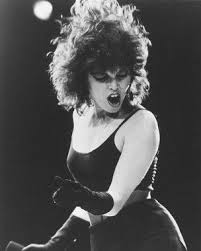 Still, Pat Benatar was yearning for a more rock sound that fit her style when she crossed paths with up and coming Guitarist/Song-Writer/Producer (who would become her future husband), Neil Giraldo. It was love at first sight both personally and musically for these two and rock n roll magic was created. Together, they structured as a new force in rock and shortly thereafter they released hit after hit, climbed the music charts all over the world, have graced the cover of Rolling Stone Magazine, and won four Grammy Awards. The husband and wife powerhouse duo have been touring for 35 years and have plenty to celebrate, for they still have it in them to rock audiences with high-quality live musicianship. Their loyal fans always eager to attend their shows, show up cheering and are in festive spirits the entirety of the night.

Expect the night to be a memorable one. The chemistry these two have together both on stage and off stage is simply mesmerizing. From Neil tenderly referring to Pat Benatar by her full name “Patricia”, to their enchanting storytelling of how some of their staple hits came to be, reminiscing together of their 35-year amazing history, and playing all the hits we want to hear. Their stage persona together is spellbinding and dynamic. Pat Benatar still can shake up the entire house with her powerful chops. Neil Giraldo not only rocks out with his amazing guitar solos, but he plays the piano beautifully as well, which Benatar time to time leans on his piano and sings to Neil as he plays away. It will be an intimate, happy night indeed. Fun song fact about Neil Giraldo…he was brought in to play the lead guitar for Rick Springfield’s song “Jessie’s Girl” to turn it into a hit and it was a grand success. ‘Jessie’s Girl” instantly became the mega hit that it is and is ranked as No. 20 on VH1’s “100 Greatest Songs of the 80s”. 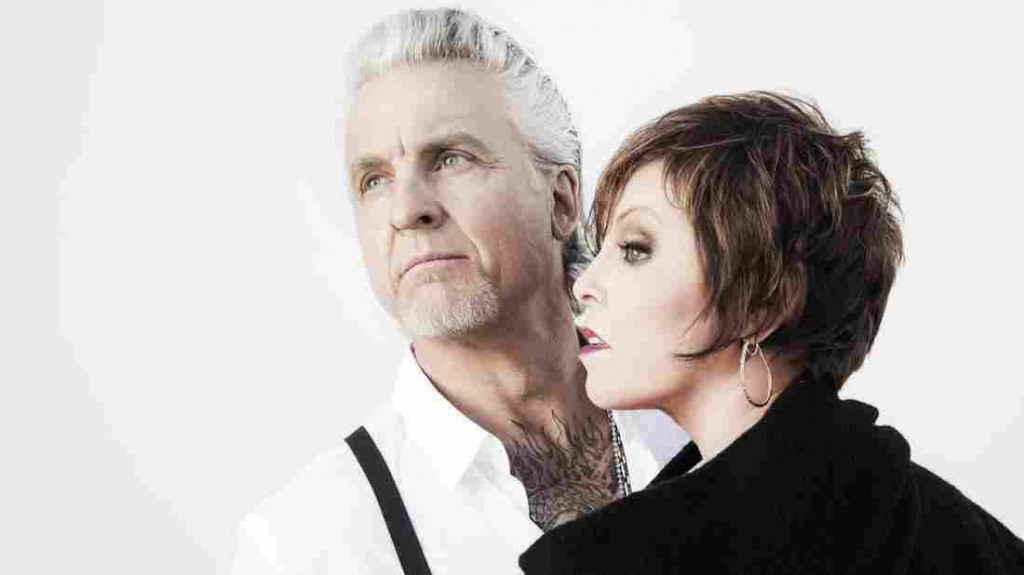 For those of you who might just need a little rekindling, a little boost to be taken back to the 1980’s with Pat Benatar, watch her iconic video to get you in the mood to dance, be fierce and be warned that “Love is a Battlefield”. Check out the video, “Love is a Battlefield” that mainstreamed Benatar to world wide fame and still serves as an inspirational anthem for women (and fellows):

For more information and complete tour dates for Pat Benatar and Neil Giraldo, visit their official website at: http://benatargiraldo.com/

To get your tickets to the Pat Benatar/Neil Giraldo show on April 17, 2015, visit The Saban Theatre’s website directly: http://www.sabantheatre.org/