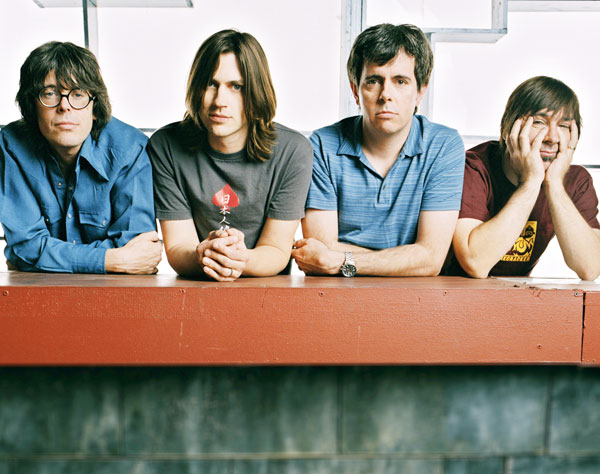 Rhett Miller and the Old 97’s have announced they will be back on tour to support their 10th studio album All Messed Up, which is expected to be a return to the boozy bar driven glory days of 2001?s Satellite Rides. One of the first stops on their new tour will be a May 9 show at the famous El Rey Theatre. The Old 97’s formed 20 years ago in Dallas, TX, and while their music is often called alt-country this label doesn’t do them justice. The “country” part of their music most likely comes from Miller’s gift as a storyteller, but the stories are told with an almost punk rock energy.

Miller writes about characters that are willing to make a few bad decisions in the pursuit of a great night, where excess and indulgence give way to a great morning after story. Aka damn good whiskey and beer drinking bar songs. But there is also a depth to his protagonists and a darker tone underlying the motivation for their all-night revelry. The songwriter inhabits these tragic heroes of the bar and club culture as narrators and displays their extravagant highs and often lonely lows.

Almost ironically their live shows are usually all about the highs! This is definitely a show to see. Check out “Longer Than You’ve Been Alive” off Most Messed Up below and you can also download it off the band’s website.

Tickets go on sale Saturday morning at 10am PST so be ready, you can purchase them here. $25.00 and doors open at 8pm.