Noel or Liam? Divisive issue. That’s like asking Democrat or Republican, Sammy Hagar or David Lee Roth. Well, if you want to make an informed decision, you should probably check out Noel’s new solo project Noel Gallagher’s High Flying Birds. With his first solo project since Oasis split back in 2009, Noel makes a strong argument that he was the real creative force behind the Oasis machine (Liam will disagree, naturally). To promote his self-titled debut solo album, the former Oasis icon is taking his High Flying Birds on a trip around the world. Noel has only scheduled eight tour dates in the United States, but 2 of them are in LA next week! He’s playing UCLA’s Royce Hall next Thursday and Friday, November 17th and 18th. So grab your favorite lager and a campus map, and head over to Westwood next weekend for some old-fashioned rock and roll edification.

If you’d like to catch the High Flying Birds live, they’re playing UCLA’s Royce Hall next Thursday and Friday, November 17th and 18th. Shows start at 8pm. For tickets, check out ticketmaster. If you want more tour info, or for updates on Noel’s solo projects, check out Noel’s official site.

Listen to the single “If I Had a Gun” here: 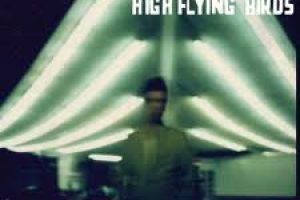 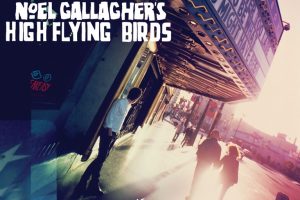 Noel Gallagher debuts first single and video: “The Death of You and Me”

The former Oasis guitarist debuts the first single and video[...]