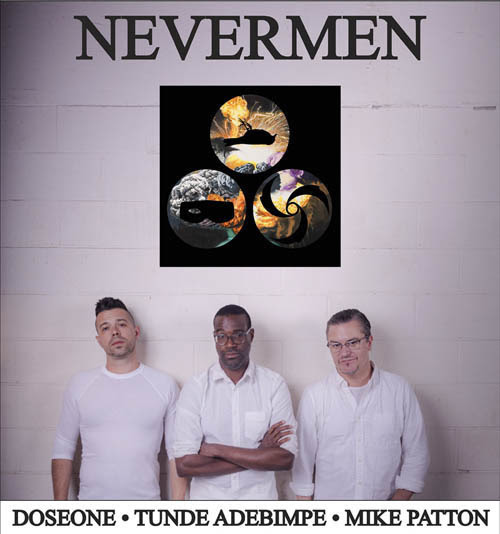 Welcome back to the world of the unknown and the bizarre Mike Patton. It’s not that you ever left, but it’s always quite the adventure when your latest band makes it debut. The man behind everything from Faith No More to Tomahawk to Mr. Bungle and Peeping Tom, is at it again with his newest musical project Nevermen. He’s enlisted the services of TV on the Radio’s Tunde Adebimpe and rapper/poet Doseone for this outfit and they’ve just announced their first tour. To be fair, it was Doseone and Tunde who started the project and it was Patton who was brought into the process this time. Doseone and Patton worked together before with the band Peeping Tom, so there is history there.

It’s only fitting that Nevermen’s debut Los Angeles performance takes place at the Masonic Lodge at Hollywood Forever. Their self-titled album is out January 29 via Patton’s Ipecac Recordings. Check out the first few tracks from the album below and grab tickets to the show this Friday at the link provided.