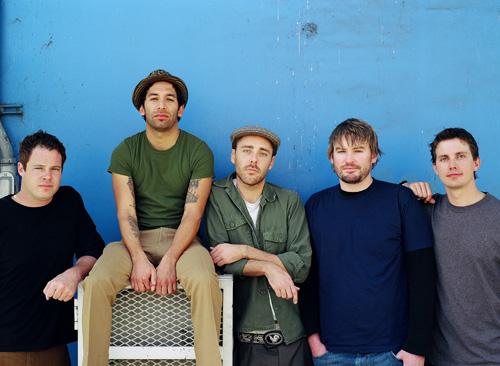 It wasn’t that long ago that we were rocking with the ska-punk band Mad Caddies at The Constellation Room at the Observatory in Santa Ana.  Their October show there a few months ago was exactly everything you would want in a Mad Caddies shows- small, great crowd, and an even better vibe.  Mad Caddies are making their way all the way to Los Angeles for their next show in the area, playing the El Rey Theatre in February.  We are giving away tickets.  Sound like fun?

Entry Point 3: Hop on Twitter and send us a tweet.  Make sure you include @RabbitsBlack, @Mad_Caddies and @Goldenvoice.

Entry Point 4: Email us at tickets@rabbitsblack.com.  Make sure to put “Mad Caddies” in the subject line.

The band is currently working on their untitled new album for release in 2014.  There have been a few new tracks played live, and “Back to the Bed” is one of them.  You can get a taste for the new single and recording from the album below.  Mad Caddies are definitely gearing up for a big 2014, and we’ll have all the news on the new album as soon as we get it.  Tickets are only $18 for the show:

The band recently got their SoundCloud page going and posted some rarities and remixes that you’ve probably never heard.  Here’s “Riding For The Fall” the Neil Case remix: