We told you about INDIANS a few weeks ago- the emerging Los Angeles rock band coming onto the scene with a good buzz for their live shows and an exciting single from their upcoming debut album.  Well, now you have the chance to find out about INDIANS and make a decision for yourself.  They’ll be playing live on July 22nd at The Viper Room on Sunset.  They’ve added the always entertaining and slightly disturbing Har Mar Superstar to their album release show- so expect a whole lot of fun.

INDIANS are making a name for themselves this summer with shows all around LA.  They are playing the Sunset Strip Music Festival in August, and they have played a few shows here and there for the past two months.  The Album release show should be the best of them all though.  We expect a whole lot of fun with INDIANS as we finally get to hear Love Over Gold.  Get your $12 tickets now here: INDIANS with Har Mar Superstar – $12 @ The Viper Room 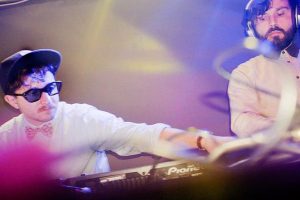 (Guest Interview by Stanislava) Casio Blaster and 99 Mistakes, together[...] 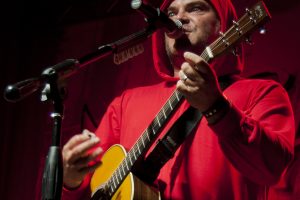