Our favorite words in the world: Free + Music Fest. Saturday, June 16, Pasadena is hosting Make Music Pasadena. Come down to Old Town to catch Grouplove, Dam Funk, Grimes, and over 140 acts more performing on sixteen stages, as well as in cafes, salons, churches, restaurants, on the Pasadena Art bus, the Pasadena library…well, you get the idea. Grab your sunnies and get ready to groove at biggest free music festival in the Golden State.

140 DJs, singer/songwriters and music acts will converge throughout the city of Pasadena next Saturday for Make Music Pasadena. Musicians professional and amateur in every genre from indie to funk, jazz to synth-goth, make up the lineup that will stretch across 30 different locations over a mile and half of Colorado Boulevard in Old Town Pasadena and closely surrounding streets. With parks, pubs, shopping centers, libraries, churches,  and the Route 10 Art Bus all playing hosting to plethora of performers, the first acts kick off at 10 AM and the music will run until almost midnight.

Outside Lands acts Grouplove and Electric Guest, along with Milo Greene, the Cults, Ozma, The Peach Kings, and The Happy Hollows will all be appearing on the Pasadena Indie Rock Stage. 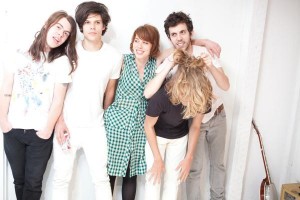 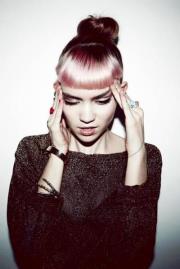 See Grimes at 5 PM at the Playhouse District Eclectic Stage

Stonethrow Record’s Dam Funk brings the boogie to the Levitt Pavilion Pasadena at 8 pm, with honeyhoney, NO, The Steelwells, Mojacar Flamenco, and Gaby Moreno warming up the stage before. 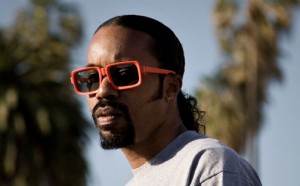 Dam-Funk headlines at 8 PM at the Levitt Pavilion Pasadena

Frankly, the lineup and amount of music going on at MMP is staggering. Click here to see the full lineup and locations. We even made you a handy map of just about every MMP location and set lists. Free music fests don’t come by too often in Los Angeles, never mind fests of this size and scope. Who will you be checking out?