We love being at Hollywood Forever and in the Masonic Lodge for a creepy and entertaining set amongst the many souls at the cemetery.  It takes a special act to raise the spirits there, and the electronic synthesizing pioneer Gary Numan fits the bill perfectly.  The English rocker may be in his mid 50s, but he’s continuing to release music like its the 80s where he released an album every year except for 1987.  Numan’s 2013 release, Splinter (Songs From A Broken Mind), will be out on October 15th, and two days later you can see him at the Masonic Lodge in Los Angeles.

Splinter (Songs From A Broken Mind) will be released on Numan’s own label Machine Music.  There is a deep connection between Numan and Nine Inch Nails mastermind Trent Reznor.  Reznor covered Numan’s “Metal” on The Fragile‘s remix album and even brought Gary on stage during the ‘Wave Goodbye’ shows in Los Angeles in 2009.  That Nine Inch Nails bond goes even deeper on the new record from Numan with Nine Inch Nails guitarist Robin Finck providing studio guitar duties on the album.  Finck performed with Numan this past week at Gary’s show at The Observatory in Santa Ana.

A setting like the Masonic Lodge is ideal for the synthesizers and sounds of Gary Numan.  Tickets are on sale now for $35, but with this being so close to the album release date, don’t wait long on this special performance. 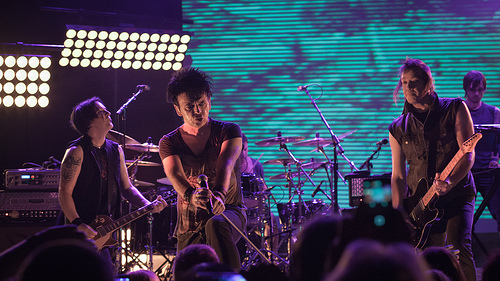 Gary Numan performs with Robin Finck from Nine Inch Nails at The Observatory in Santa Ana. 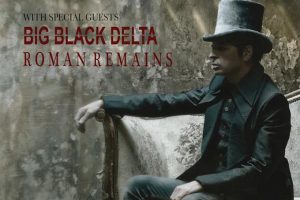 Twenty studio albums.  Gary Numan has been at this for[...]