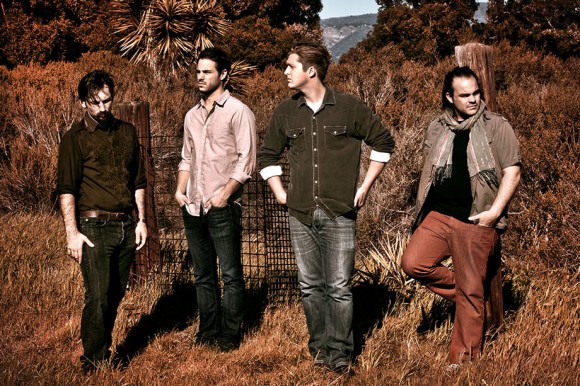 “Music is the celebration of all the things in life that make us most human — the joy, the pain, the love.” That statement is the vein that seems to run through all of ERLAND’s music.

ERLAND is playing SOhO in Santa Barbara on Thursday Aug.21, along with Art Nikels, Rusty Lindsey, and Erin Pearson. Check it out and let us know what you think.

There is something uniquely Californian about Wanberg. Much like Springsteen on the East Coast, or Mellencamp in the heartland, there can be power in a sound perfectly suited for one part of this country but accessible to all. To be transcendent that sound also has to be accompanied by an integrity that leaves the artist forever and undeniably intertwined with the place that helped him create it. Wanberg is undeniably a product of his environment, of the beaches and trails of Orange County and Santa Barbara.

Wanberg credits his creative family for helping shape his musical voice, and after growing up in a house full of music he has no shortage of influences such as “The Beatles (John Lennon in particular), Bob Dylan, James Taylor, Neil Young and the original Jungle Funk connoisseur, Paul Simon. Erland’s roots also include Tupac, Notorious B.I.G., Bon Iver, Ray Lamontagne, Johnny Cash and Cat Stevens to name a few.” He calls his music “Jungle Folk.”

This musical diversity (Wanberg’s musical “jungle”) can be heard throughout his home town of Dana Point, where the lyrics of Tupac bumping from the Capistrano Beach basketball courts seem to blend seamlessly with the sounds of acoustic guitars drifting from the late night bonfires just yards down the beach.

If you’re at the show and looking for a non-music related conversation topic, rumor has it the frontman and family man has a mean cross-over dribble. Discuss.