Rabbits Black has been paying close attention to the Soundgarden reunion over the years, the alleged new Soundgarden album release in 2012, and the solo endeavors of their front man Chris Cornell. Well, the not-so-intoxicated party has yet to stop as Cornell continues his solo tour at the Palace of Fine Arts SF Theater in mid-December just following the well awaited solo release of Songbook, set to hit the shelves next Tuesday 11/22. There may or may not be streams of 3, yes count them, 3 tracks off of Songbook along with a full track listing following the transport … you will just have to click and see.

The new solo album, from what I’ve heard on the streams, is mostly just Cornell, his acoustic guitar, a set full of epic cover tracks, and those wholesome, belted, and broad ranged vocals. Awesomeness. Couple this seasoned professional sound with the backdrop of the architecturally acclaimed Rotunda and classic theater ambiance at the Palace of Fine Arts SF, and you are in for something special. Chris Cornell, now 47, has completely rejuvenated his musical career in 2011 with a Soundgarden summer arena tour, a new solo project in Songbook, and the first major Soundgarden release since Down on the Upside hit the scene 15 years ago, yes count them, 15 years ago. See what genuine sobriety can do for the creative mind and energy? Maybe all those vodka soaked schemes of grandeur during those undergraduate Thirsty Thursdays were not so enlightened after all…

Anyway, it’s true! Here are 3 new tracks off of Songbook set to release next week:

Chris Cornell – I Am The Highway – ‘Songbook’ by chriscornell

From what I can tell, the show is currently sold out. However, in today’s age of internet fueled secondary markets, anything can happen. Shit, I might even be buying a ticket from one of you!!

Further, Rabbits Black would love to hear about the show from any of you that will be attending. Please do not hesitate to produce a guest blog spot and email to us within 2-3 days following the show. We will check it out and perhaps post it on our home page!! 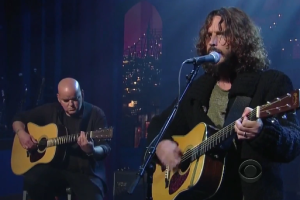 A few weeks ago, Chris Cornell and Alain Johannes released[...] 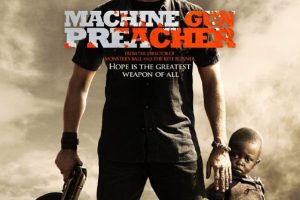 Chris Cornell has a new song out today, one of[...]