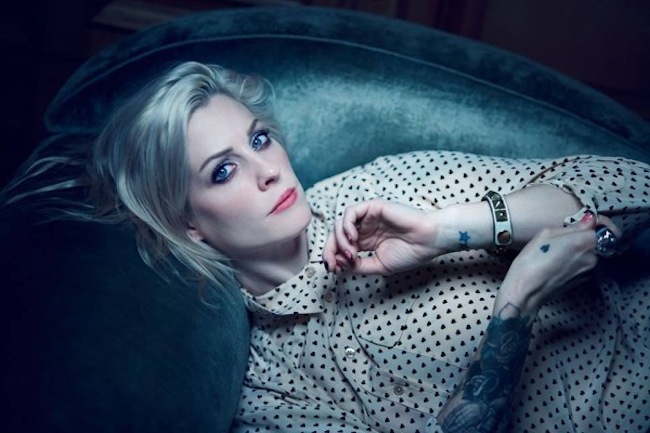 Brody Dalle is currently on tour in support of her first solo album, Diploid Love, that was released late last month.  This is the first tour Brody has done since fronting the band Spinerette back in 2010.  She opened her solo tour with an amazing run of shows in Australia with Nine Inch Nails and Queens of the Stone Age- you know, the show that everyone wanted to go to but couldn’t.  For those that were lucky enough to attend, we’re sure it was something that you won’t soon forget.  For those of us in the States, this is the chance to see Brody perform her new material from Diploid Love.  There’s a show at The Troubadour in LA on Friday night, but that has been sold out for quite some time.  It’s sure to be a steady stream of relevant rock stars and friends of Brody and her husband Josh Homme on Friday in West Hollywood, so tickets are not going to be easy to come by.  If you want to see Brody perform live before heading off to Europe for a festival run that lasts all summer, your only chance is to catch her at The Observatory in Santa Ana on Thursday night.  Tickets are still available, and at less than $15 this is the Show of the Week from Rabbits Black.  Listen to Diploid Love here to get you ready for tomorrow night.