Posted by Oliver LAX, Trending
Boots Electric is in the giving mood these holidays, and he’s gathered some friends of a similar rock n’ roll nature to do some good in Hollywood tonight.  Boots is playing a special intimate show at Dragonfly tonight to benefit Matt Grayson, a friend of many of the musicians playing tonight, who was injured badly in a motorcycle accident.  Tonight, strap up and get into Hollywood for the show.  $10 donations are suggested, but with the likes of Bullets & Octane and Lady Sinatra, you’ll be getting serious BANG for your buck!
All proceeds including a portion of the bar sales go directly to helping Matt pay those medical bills.  Dragonfly is a relatively small venue, so get there early.  Make sure to catch all of the bands as well, as each one is known to rock some serious socks off.  It’s a Tuesday, and as our LA Managing Editor Ryan says, the begging of the social week.  Get out, get down, and raise some money for a good cause with these awesome bands!
More info is available on the Facebook event page for This Guy Benefit. 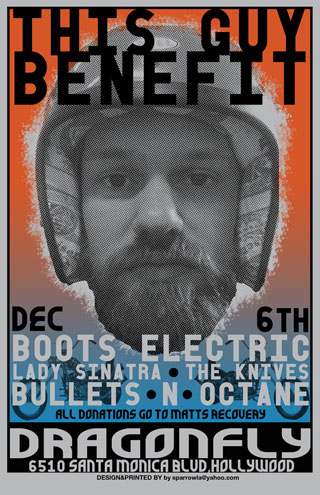 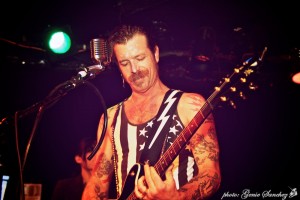 Sometimes it happens, and last night it happened to one[...] 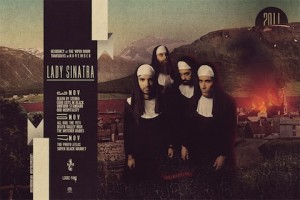 Lady Sinatra play a dangerous game- toeing the line between[...] 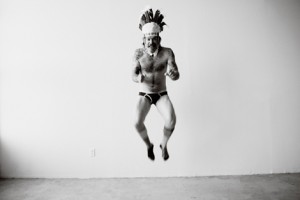 Boots Electric just “can’t wait to release this album on you”- so here’s the trailer!

What happens when Jesse “Boots Electric” Hughes creates an album[...]