Robert Been, Peter Hayes and Leah Shapiro make up one of rock n’ roll’s hardest working bands.  Constantly touring and delivering quality albums, 2013 has been another amazing year for Black Rebel Motorcycle Club supporting their latest album Specter At The Feast.  It’s been an emotional tour and album release following the death of Robert’s father Michael Been who was everything from producer, sound engineer, mentor, and father to the members of BRMC.  This powerful run of live shows comes to a US conclusion on June 2nd at The Observatory in Santa Ana.

The band plays the night before at The Wiltern but that show has been sold out for months.  We suggest checking out the last US date of the tour at The Observatory the day after.  It’s the Rabbits Black “Show of the Week” and you shouldn’t miss it.  Tickets are still available online, and we love the all General Admission seating at The Observatory.  The Wiltern show is sure to be an awesome experience, but we’ve seen too many fans disappointed with the limited pit at the Wiltern and horrible tiered seating on the rest of the “floor”.  A Black Rebel Motorcycle Club show makes you want to move and feel the floor vibrating beneath your feet.  There’s no better place to do that then the 550 person capacity Observatory.  Get your tickets at the link below while they are still available.

Check back here next week for our complete review and photo blog from the show! 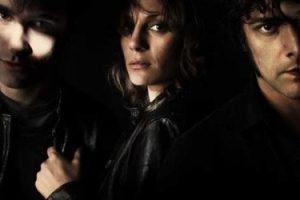 It seems that Black Rebel Motorcycle Club are keeping themselves[...] 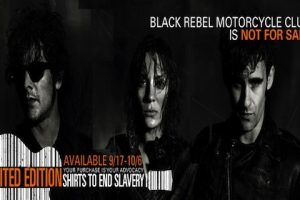