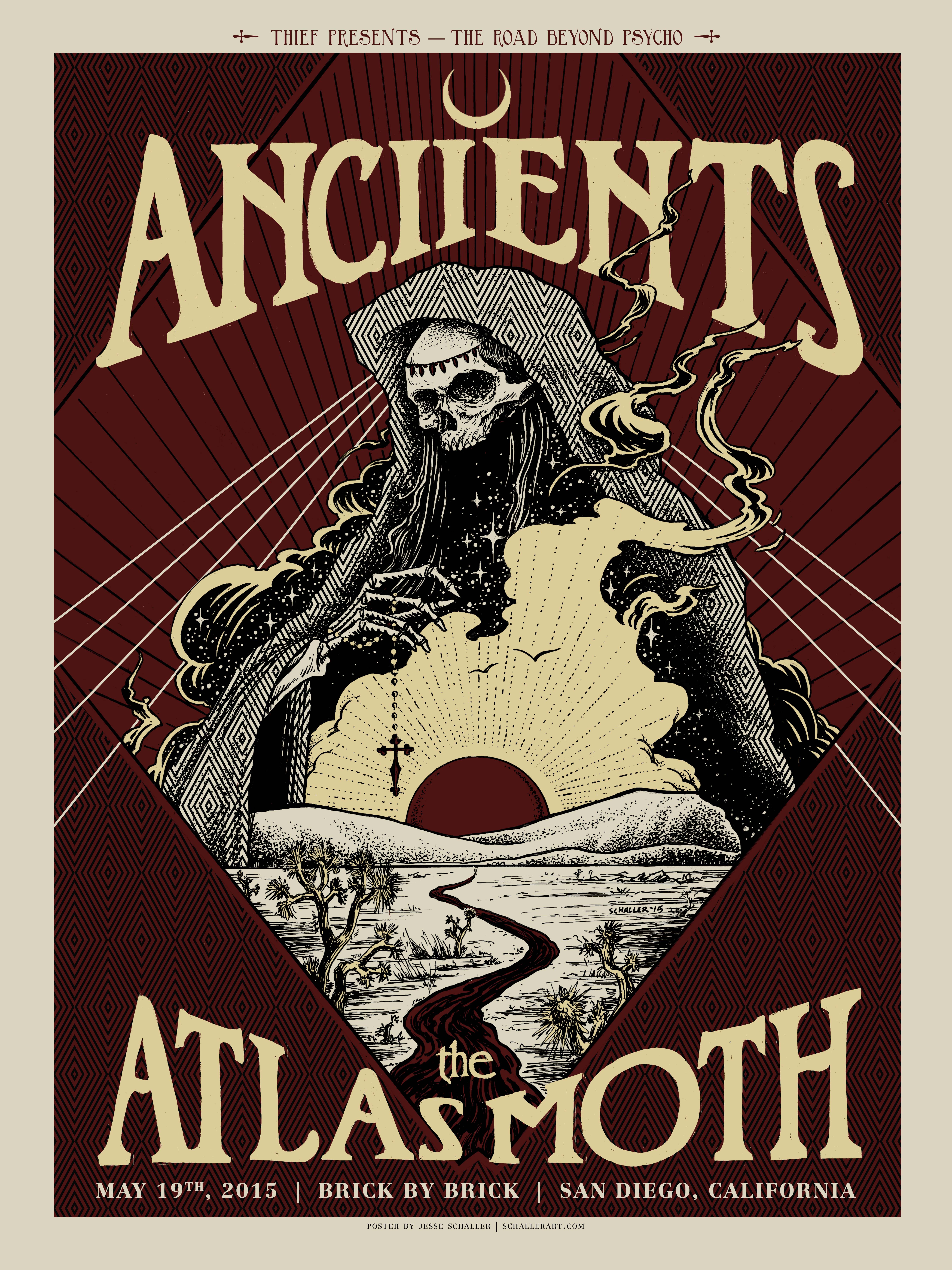 Wow, that was an insane weekend.  Psycho California wrapped up three days of music and festival activities with a legendary headlining performance by Pentagram on Sunday night.  It was just one of many performances over the weekend that brought festival goers from around the world to Southern California for Psycho California.  While we shouldn’t be picking favorites, it’s hard not to mention the visceral performance by Anciients on the Monarch Stage on Saturday, and The Atlas Moth’s room-rattling performance on the Grizzly Stage on Sunday.  Both bands traveled across the country (from different directions) to make it to Psycho California, and when you have two amazing bands like that in town, you can’t let the festivities just end there.  Our official Road Beyond Psycho show is tomorrow night in San Diego at Brick by Brick.  It’s a free show tonight, so bring your friends.  Psycho hasn’t concluded just yet.  Join us and our friends in Anciients and The Atlas Moth tomorrow night to keep it going.

Anciients with The Atlas Moth @ Brick by Brick in San Diego, May 19th