We know this time of year brings you busy bodies into difficult decisions of which holiday party to attend, where to get the best Hot Toddy, and how long can you pull off your normal sweater as an “ugly” sweater — so let Rabbits Black ease some of the decision-making tension for you. Do yourself a favor, and mosey on over to Bottom of the Hill on Tuesday, December 11, or The Fonda on Wednesday, December 12 to check out alt-J.  Not convinced?  LA’s Wildcat! Wildcat! are opening.  Still no?  Okay, the 10 p.m. show in San Francisco sold out so quickly and with such minimal press that the powers that be added an early show to satiate the demand.  Now hit the jump to find out why everyone is so enamored by alt-J.

Check out the video for “Tessellate”, and try to convince yourself you don’t need to be at one of these shows.

alt-J are hitting San Francisco’s Bottom of the Hill on December 11, at 6 p.m. and 10 p.m., and head south to The Fonda in Los Angeles on December 12.

Recommend this show to friends who like: Django Django, Why?, Clouddead, and Hood.

Tags: alt-Jbottom of the hill 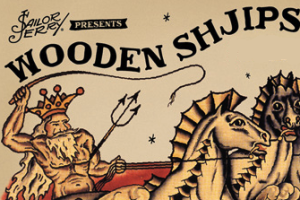