Rock In Rio streaming live on YouTube: Catch System of a Down this Sunday

Didn’t make it to Brazil for the world’s biggest music festival? Don’t worry, neither did we. But I’m not shedding any tears, as the festival is streaming live in excellent quality on YouTube. For those who have been too cool to follow the link that’s been chilling at the top of the ‘Tube advertising Jamiroquai and Ke$ha, I would suggest you head over before you miss System of a Down taking the stage. Yeah, you heard me, SYSTEM OF A DOWN! Links and lineup after the break…

But it’s not too late to catch the legendary Stevie Wonder if you run (NOW!), Lenny Kravitz and Shakira tomorrow, Coldplay and Maroon 5 this Saturday, and Dimitri from Paris, Guns N’Roses, and System of a Down wrapping up the event this Sunday.

Check it out now! Rock In Rio LIVE

See the lineup here. Don’t worry if some of the acts are playing past your bedtime either, times listed are a good 4 hours ahead of West coast time. 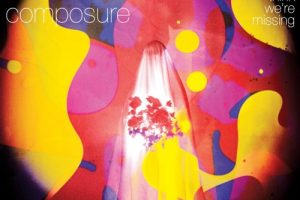