Riot Fest Chicago kicks off tomorrow! Here’s your roadmap for the weekend.

Friday: Get An Early Start

Planning on strolling in after work on Friday, or not showing up til Saturday? Suck it up, call out sick, and get in early lest you miss these great early acts. Seriously, Riot Fest starts the lineup strong this weekend:

Dirty Fences: Good ol’ punk rock reminiscent of the Ramones, these rockers from New York have an energy to their live show that can’t be missed. Playing Friday at 1:45 on the Rebel Stage.

Fishbone: Combining the best of ska, punk, funk, and rock, Fishbone has been bringing the party since 1979. Catch them Friday at 2 pm on the Riot Stage.

Mariachi El Bronx: What happens when a punk band decides to try out a Latin sound. Alter ego of The Bronx, the melodic experiment won’t quit with three albums under their belt. 2:30PM on the Roots Stage.

Faulkner: Without ever releasing an album in two years as a band, Faulkner’s music has nonetheless been touched by everyone from Rick Rubin and the Killers to the RZA and the Strokes. Is there anything special about these guys? Check their offbeat anthems at the Revolt Stage at 3:00 PM and decide for yourself.

Skinny Lister: The Mumford & Sons of Riot Fest, this English ensemble leaves out the mushy bits while playing Flogging Molly-style shanty songs. Catch them at 4 PM on the Revolt Stage.

Eagles of Death Metal: The Carlo Von Sexron, aka Josh Homme, side project takes the Rock Stage at 4:15pm.

Psalm One: Support your local female hip hop artist/scientist, 4:30 at the Radical Stage.

Feeling a need to get in touch with your roots? Then let us suggest….

Lee “Scratch” Perry: One of the fathers of roots reggae, he shaped the sound of dub and made reggae a powerful part of the pop music world. Catch the living legend who produced Bob Marley’s early works on the Roots Stage at 5 PM.

Dirty Heads: Following up Perry at 6:15 on the Roots Stage is the hip-hop/rock/reggae group that brought you “Lay Me Down” with Rome.

Slightly Stoopid: Stick around Roots a little longer for this ska/reggae/punk ensemble at 7:30 PM.

Want to get nostalgic instead? Then…

What year is it?!

Mest: Kick off your nostalgic journey with the pop-punkers who brought you “What the Dealio” at 5 PM on the Riot Stage.

Coheed and Cambria: one of the most successful emo acts in terms of chart performance, despite exclusively making progressive rock concept albums set in outer space in the future. 5:45 PM on the Rock Stage.

Alkaline Trio: Eat your emo heart out with this rambunctious pop-punk at Rise Stage at 8:00 PM.

After this, you’ll have to make some tough personal decisions. Follow your heart. And then get some rest, because tomorrow is another excellent music-filled day.

Saturday: No Sleeping In!

The Ataris: You’ve got ’til noon to get back to Douglas Park, or you’ll miss the Ataris playing “Blue Skies, Broken Hearts…Next 12 Exits” in its entirety. Your 15 year-old self won’t forgive you sleeping through this one. 12 PM at the Roots Stage.

Fidlar: Addictive post-punk from Los Angeles, catch them at 12:50 PM on the Riot Stage.

Babes in Toyland: An all-female hard rock powerhouse that’s been rocking out since before you were born. 3:25 on the Rebel Stage.

Get your punk on:

Pennywise: The only pit I’ve ever been scared for my life in. Get ready in advance. Stretch. Tie your laces tight. Take care of your fellow moshers. And then, pay homage. 4:10 PM on the Rise Stage.

Echo and the Bunnymen: Poor man’s Morrissey, sans rants about vegetarianism. 5:15 on the Riot Stage.

Bootsy Collins’ Rubber Band: One of the great musicians and characters of funk and R&B, Bootsy played with James Brown and Parliament/Funkadelic before forming his own Rubber Band.  Get in on the fun on at 6 PM on the Rise Stage.

Merle Haggard: The OG of country music takes the Riot Stage at 7 PM.

Then comes more hard decisions. These are tough ones: Billy Idol or Rancid? System of a Down or Iggy Pop? Choose wisely. (Sorry TBS)

You can rest a bit. Sleep off your hangover. Your first must see act isn’t ’til 2:10 when Chicago’s own infamous Dwarves play the Rebel Stage.

Less Than Jake: This manic, hilarious ska band takes the Rebel Stage at 3:45

Rodrigo Y Gabriela: A different sound than anything you’ll hear at Riot Fest, this duo from Mexico City duel with their guitars, flying through original works and Metallica covers in Flamenco style. On the Rise Stage at 5:50

Andrew W.K.: The official ambassador for having fun and partying hard plays the Rebel Stage at 5:05 PM.

Jimmy Cliff: Contemporary of Bob Marley and another living legend of reggae. Roots Stage at 7 PM.

And then the last tough decisions of your weekend. Tenacious D or Snoop? The Prodigy or Modest Mouse? The choices are yours and yours alone. Have a great weekend and let us know what you thought.

Get your tickets now if you haven’t bought them yet 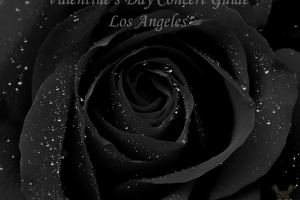 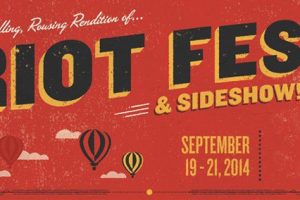 There’s always a temptation to come later in the day[...] 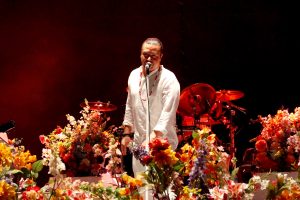 Tens of thousands descended upon Douglas Park last weekend for the[...]