Los Angeles is a breeding ground for local homegrown rock bands.  As one starts, another fades away, merges, or breaks up.  As one plays their first show in the backyard of a Silverlake compound, another plays their final show in front of a sold out crowd on the Sunset strip.  Bluebird was one of those Los Angeles bands that fits right in the middle of Los Angeles’ storied music history.  While they didn’t fly as high as the acts that grace the Wiltern or Henry Fonda, they were stars of the Troubadour and pop-up shows across the city.  Tee Pee Records has released Saguaro (1995-2003), a triple CD collection that brings together the best of Bluebird in one release.  The final result, over 50 songs of Bluebird material spanning eight years of music from the band.

Saguaro brings together select tracks from over 4 albums, EPs, rarities and compilations.  With an expansive library to chose from, you get everything from their most popular tracks, to some of the instrumental deep tracks.  Bluebird featured the brothers Jim and Bryan Lee Brown, who played bass and drums in the band.  Their familiarity with each other becomes evident after a few listens, as the band was able to create a cohesive sound while pulling from a variety of influences from the Los Angeles music scene (and beyond) at that time.  Guitars were handled by both Barry Thomas and Paul Figueora at times.  Listing Queens of the Stone Age and Black Sabbath as influences is a bold thing to declare, but Bluebird were able to pull it off in a genuine way that distinguishes their sound from their influences.  This is not mockery or imitation, this is a unique sound that fit perfectly over the grunge and post-grunge fog of the 90s music scene. 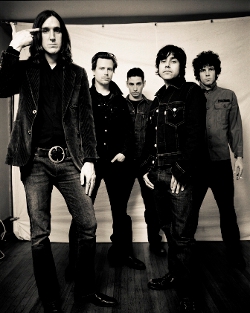 Bluebird cited many influences, but was most successful in creating their own sound.

Readers will recognize the vocals immediately- they are provided by the lead singer of Night Horse, Sam James Velde.  Sam provides that same confident energy in Bluebird- you’ll hear that borderline hardcore rasp from time to time on songs like “Genius”.  Tracks like “Beautiful Believer” sound like something Incubus would rip off and make shitty- luckily we don’t have to worry about that with Bluebird and Sam.

He’s able to carefully traverse different vocal ranges, allowing the band to provide soft and delicate melodies around his voice when needed.  And that’s where you realize Saguaro is a great compilation that deserves your attention.  At different points in the album, you’ll be reminded of so many different bands that the experience becomes unique to each listener.

The second disc is filled with a good amount of instrumentals.  “Way Beyond” is an ethereal journey across the Salton Sea desert or the cosmic landscape of the stars- whichever you prefer.  The instrumentals are not to be skipped, as they were an important part of Bluebird’s musical talents.  They also sit nicely within the album, setting a pace that never lets you down but keeps the ride tempered and accessible.  On the third disc, we get everything from acid-punk on tracks like “Hereditary Transmissions”.

One of my favorite tracks from Bluebird, you’ll think your in the middle of another trippy dream, only to be awakened into a chaotic punk frenzy from Sam James Velde.  It works, and it works well.  “New York Minute” brings images of Tom Petty, a pretty remarkable thing to do on any album, let alone one that makes you think Black Sabbath at times too.  While the comparisons are nice to draw the reader into the music, they are also unfair to a degree.  Bluebird was successful in creating their own sound in a time when the popular rock music scene was more about formulas for MTV play.  Bluebird didn’t aim for MTV, they aimed for the ears of those who would appreciate their craft and music.  With Saguaro, Tee Pee Records has given the world another chance to appreciate Bluebird- we should be thankful.  You can listen to the first disc below, but make sure to go and pick up the album right away from Tee Pee’s store.  This fantastic compilation is being offered for $15 total!  There is no excuse not to have this compilation at that price.

~ Congrats to Tee Pee Records for releasing this compilation.  They did it well and at the right price.  The collection brings together the best of Bluebird, and doesn’t ignore the instrumental tracks that are such an important part of the band’s collection.  Go get this now. 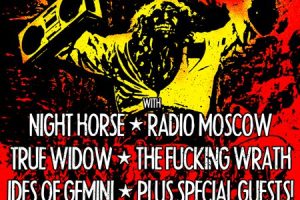 Start off your 4th of July weekend with some cheap[...]