Summer in Los Angeles wouldn’t be complete without our favorite pastime – free concerts at the city’s most beautiful locations. Off the 405, the Getty museum‘s summer concert series, just announced a special last-minute addition to the season’s schedule with none other than musical innovator and surreal comedian Reggie Watts performing in the Getty Courtyard the second Saturday of July.

LA darlings YACHT will open the night with a DJ set of raucous dance-pop at 6:00 PM.

Watts, who is the bandleader for the James Cordon Show’s house band, will follow with a completely improvised set, integrating looping, beat-boxing, and comedy into a truly unique musical experience.

Off the 405 will continue on Saturday, July 29 with a performance by singer-songwriter Steve Gunn, and conclude on August 26th with soulful glam rockers Savoy Motel.

Entrance to the museum is always free, with parking all day for $15, or free after 4 pm. 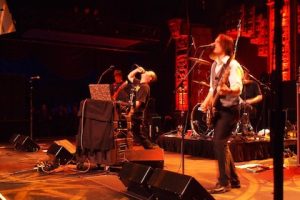 It’s been awhile since Tomahawk has played in Los Angeles,[...] 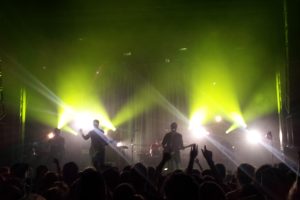 Hey, it’s Crabfest at Red Lobster…glad to see you dialed[...] 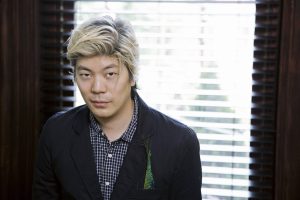 James Iha is set to release his first new solo[...]