As the holidays and New Years Eve celebrations rapidly approach we at Rabbits Black are reminded of the amazing year in music that 2011 has been. This year has seen the emergence of great new bands, the reemergence of legendary bands, and the introduction of the world to Rabbits Black! So we decided to celebrate by letting our staff reflect on the best and worst in 2011 and we are going to let them each tell you their picks for Best Song, Best Album, Best Show, Most Exciting New Band, and also their Most Disappointing New Album. Today we give you installment #1 of our “Best of 2011” Staff Picks: Best Song of 2011!

1. Ronnie: Jane’s Addiction – “Splash A Little Water On It”

If I’m passing on Jane’s Addiction for best album, then they get their due here with “Splash A Little Water On It”.  30 seconds of mood setting bass and ethereal melodies, leading to Perry’s vocals painting a clear scene in the mind of life coming to a point.  Desperate at times, beautiful always, and the pure essence of epic song structure.  This is the type of song that sometimes you just feel like you HAVE to hear right away.  “We’ve been drinking and smoking until 4, 5 or 6 in the morning. I take a splash of water to bring me around and get going. You got to treat her like a flower man, women need time to recover.”  This is Jane’s Addiction at the best of their resurgence.  Meaningful and grown up- if only just a tad.  This was the one category where I didn’t even need to think about it twice.  Best song of the year.

Jane’s Addiction has several candidates here, but there is no other song this year that sounds anything like SONOIO’s “Enough”. Allesandro Cortini brought a truly innovative sound to this track. There is a driving energy throughout the song that propels it forward, pulls you in, and then leaves the listener almost in withdrawals when it ends. It is the most unique, powerful, and beautiful song that I’ve heard all year and has a pretty amazing video to go with it.

This one was incredibly difficult for me. I’ve just gone through so many phases this year, it’s hard to pin a particular single down. That said, I have to go with Jane’s Addiction – “End to the Lies”. The best track off the best album of the year. I know I’m basically using the same argument College Football voters use to justify giving the Heisman to people like Chris Weinke and Troy Smith, but I’m going to use it anyways. This single reintroduced me to JA.

Honorable Mention: Sonoio – “Enough” (I once listened to this song on repeat for an entire 4-hour plane flight, and wasn’t ready to turn it off when I landed); JTNL – “Pardon Me”; Social Distortion – “California (Hustle and Flow)” (love the backup vocals; “what’s life without a little pain”); The Lonely Island – “Jack Sparrow” (Michael Bolton fan club just gained a new member); Adele – “Someone Like You” (still gives me chills when I hear it).

Frustrating: Foster the People – “Pumped Up Kicks”. Annoying as hell and yet refuses to get out of my head.

I go through phases where I listen to the same song on repeat, over and over and over again, until I know every intricate detail of the song. “Enough” shot up to a couple hundred plays within the first two weeks of being in my music library. It’s just a perfectly structured song, with the first five seconds instantly hooking you into the beat. The subtle drops between versus, carefully and cleverly structured lyrics, and undeniably catchy chorus… what more in a song can you want? By the time the song fades to an end, you want to hit “repeat” to see if what just hit your ears actually happened.

Not only did Jane’s make a fierce comeback with an all-around awesome album in The Great Escape, but this song in particular resonated with my current life experience extremely more than any other song I heard this year.  It’s one of those tracks a can listen to on repeat during my morning BART commute to SF. Great lyrics, sweet Navarro riffs, and a fucking siiiick video featuring each band member transposed on a hot naked chick as an animated tattoo. Brilliant.

”You never really change like you say, no, you only become more like yourself.” These lyrics by themselves sum up a struggle to make strides in a different direction; a direction that may seem out of line with one’s current or past mentality and perspective.  An “End to the Lies” ends that struggle and either makes one honest and accepting of one’s self, or provides the mojo to achieve those changes that hopefully let you let go of past blunders and move forward as a better version of yourself, or in their case, a better version of Jane’s Addiction. Awesome theme, fantastic video, Perry at his best.

Basically just an all around great song. Draws you in with soft acoustic guitars and melodic harmonizing vocals in the beginning and turns into something truly epic.

Tiffany, I’m with ya as well on Best Song Choice. “Enough” has been relentlessly bouncing around my brain for months now with no signs of slowing down!

…Check in tomorrow for installment #2! 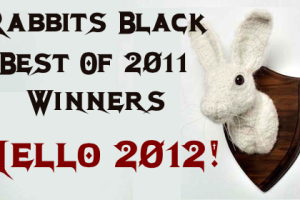 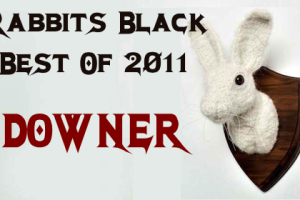 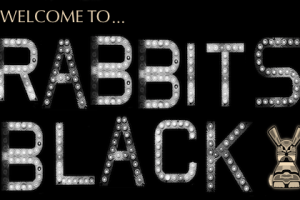 Your Guide To Rabbits Black

Need some help getting around the site?  Not really sure[...]