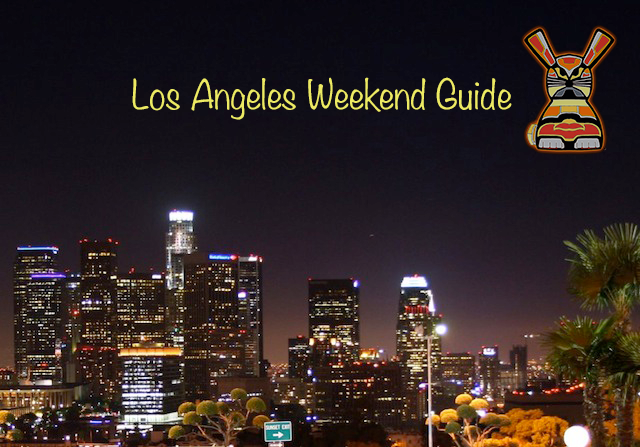 This week darkness has descended upon us: Nine Inch Nails, the macabre elegance of glam rock, and the terrifying realities of of Montreal’s id. Oh yeah, and daylight savings time ended too. This weekend brings a smorgasbord of giant arena shows, stadium festivals, big names at intimate venues, and everything else in between that you could possibly imagine. Whatever your preferred concert-going experience is, it is happening in LA this weekend.

Finally after a handful of years of being all high-society, scoring movies  films and winning awards (and starting new bands) and stuff, Trent Reznor has finally gotten back to brass tacks – Nine Inch Nails. Back with avengeance – a refined avengence, shall we say. NIN returned this year with Hesitation Marks; no doubt Reznor’s new found successes, perspective, and umm happiness have evolved the songwriter.  NIN songs, though familiar, are wrapped in a slightly shinier sheath this time around. Even with a tinge of levity around him, Reznor’s new, we all still know that when it comes to showtime, Reznor’s going to fucking rock. With a rabid fan base that still purr like kittens on a coke-fueled bender, Staples Center just won’t stand for anything less than Reznor’s trademark brand of scary-sexy. Be there tonight, as Reznor goes in for the kill.

Echoes of The Faint surround Black Hi-Lighter’s garage-punk meets new-wave sound. It’s a virtual glitterbomb of rock. The over the top posturing and diction of James Poulos’ vocals denote the self-confidence seasoned rock demigod. After a fit of involuntary headbanging induced from this Los Angeles-based ensemble’s unhinged style, you may well be wishing your head was jerry-rigged to a lever and pulley system. Poulos offers a candid and clever approach in his storytelling that shines new detail on familiar tales, as well as memorable one-liners. Also the show is free, so for solid Saturday night on a shoestring budget it doesn’t get much better.

of Montreal @ The Echoplex

2012’s Paralytic Stalks presented the most compositional effort from Kevin Barnes and his of Montreal alter-ego in the band’s 17 years. Constantly evolving (though perhaps in the direction of an experimental vanity project), of Montreal is always money when it comes to wild spectacle and vibrant live shows. At a more intimate venue like the Echoplex you can be sure that of Montreal will be pulling out all the stops. With a history of personal material rife with enough ego and id to make Freud shutter, Barnes is sure to deliver an emotionally charged performance.