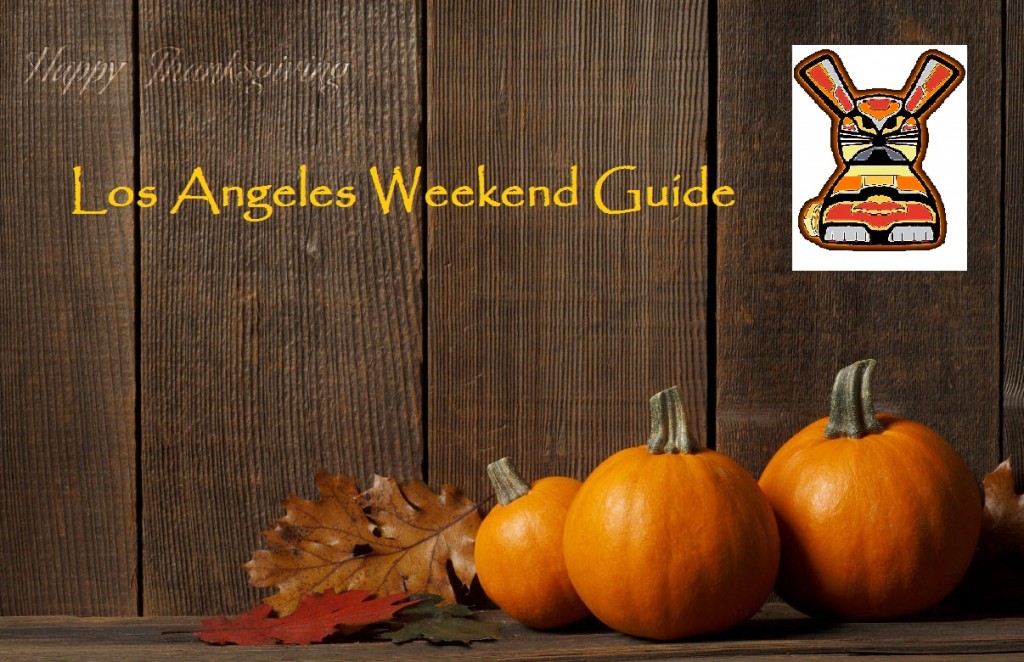 An ambling, endless turkey dinner, 4am wake-up calls and Black Friday lines from hell…By now, you’re probably sick of family time and itching for a return to sanity. Find a semblance of that at this weekend’s LA shows. Wash away the shame of your second and third helpings of turkey, and that pajama-clad, midnight meander through the kitchen for the pumpkin pie tin (you totally didn’t pick it from the trash and lick out the crumbs, right? Yeah, me neither). Here’s a rundown of what the City of Angels has to offer.

This indie-rock trio finds its sound somewhere between the cloudy, stripped down rock of ‘90s Northwest and today’s psychedelic revival of bands like Tame Impala. Given their fluid, psychedelic-tinged sound, it’s not difficult to see why the band named themselves for Val Verde, a rural valley town of rolling hills and big, open skies. Singer-Guitarist Dylan McKenzie’s falsetto lightly duss the existential musings of his guitar on songs like “Tower”.  Derde Verde becomes awash in their wafting bridges; tapestries that easily could meander gracefully into the seven-minute reveries.

Julianna Barwick @ The Church on York

With a resume that includes work for Imogen Heap and Coldplay, Jon Hopkins proved himself as a producer and beat-maker. Now as an independent artist, Hopkins is weaving his own melodic recipe of EDM. Good thing those pants of yours were already unzipped during your post-Thanksgiving couch-riding malaise because now you have the ability to move about the Echoplex freely. Work off those stuffing and sweet potato love handles in a dance-fueled, post-Thanksgiving haze of another kind.

Less Than Jake @ The Fonda

The Peach Kings @ The Bootleg

The Peach Kings rely on the depth and shrewdness of their riff-heavy rock and the interplay between vocalist Paige Wood and guitarist Steven Dies. Dies plays a wandering, yet emphatic, guitar with vibrant, Hendrix-esque riffs. Overall the group prescribes to a late ‘60s aesthetic, a machination of gritty and delicate textures. Dies’ riffs and Wood’s aery vocals makes for a glorious sonic dichotomy – and Dies’ animated playing style, certainly makes for an eyeful on stage.