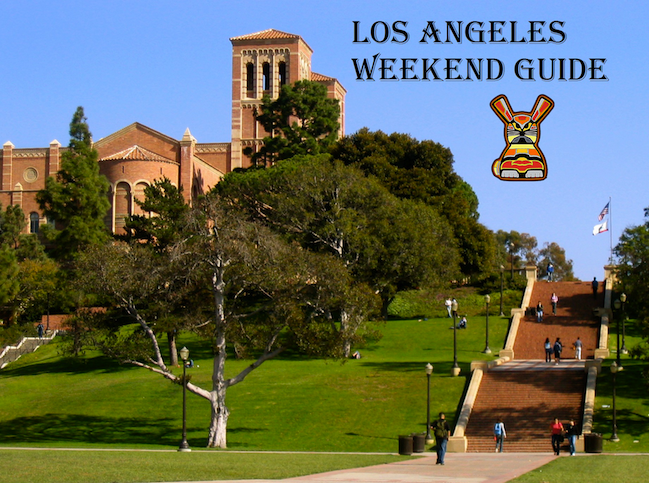 This weekend offers Angelenos a concert schedule that provides more than great music. Taking the stage this weekend are acts who demonstrate that being a beloved bands is about more than just making great music.  It is about performing – putting on a show that is, soup to nuts, entertaining, no pyrotechnics or costumes needed (sorry Katy and Yeezus). It is in those off-moments, in between songs that a set becomes a show. Owed to relationships and careers spanning a number of years, this weekend’s acts come with a chemistry that just can’t be manufactured.

The Janks @ The Satellite

Fronted by brothers Zachary and Dylan Zmed, The Janks have been weaving eloquent harmonies and folk-rock ballads that have made Los Angeles stand up and take notice. With elements of The Everly Brothers and Jimmy Page, The Janks tell raw tales of the human condition set to the type of gritty, soul-searching sounds that will have you wondering when Laurel Canyon moved east. The Janks are a machination of much tumult and turnover (half of its members are new this year) and as you might expect from a band called The Janks, it is a badge they wear with honor. Despite all the internal hijinks, The Janks are hands down one of hardest working bands in the city. With over 250 shows throughout Los Angeles this year alone, no one can accuse The Janks of being a weekend band. Their latest EP Meet The Janks, is evidence as the fruit of that labor. The Janks put on a terrific show, the brothers’ interplay in between songs is a treat in and of itself: The fluidity and timing of their exchanges recall that of a 1960s variety show. With Dylan’s Carson to Zachary’s McMahon, you can’t help but wish you were cool enough to be in on the joke.

Silver Lake-based Chelsea Wolfe released her latest album Pain is Beauty this fall. The beautifully dark malaise of her nordic influences are at the forefront of the album, with low, methodical drums and guitars in metered tandem. Like the poignant ticking of an abandoned metronome, the single “We Hit a Wall” off the album, casts a formidable and lonely siren call. Wolfe wades in the murky sadness that Lana Del Rey only wishes she could. Bolstered by her great, cavernous vocals. Wolfe haunts as she mines considerable emotional depths, slowly tracing the steps of relationships unraveling.

I hope these past two weeks have allotted you enough facial hair growth to call that thing on your face a mustache. It’s Movember, ya’ll! We Are Scientists will be rocking the Mustache Dache doing their part to help find a cure for the cause (they are scientists after all, right?). The rock duo, who currently call Brooklyn home, actually formed just down the 10 in Pomona in the early 2000s.  Keith Murray and Chris Cain put on vibrant sets, whose intensity and charisma is owned to over a decade-long career of playing together. If you’re looking for some fantastic, body-shaking, straight ahead rock, look no further.